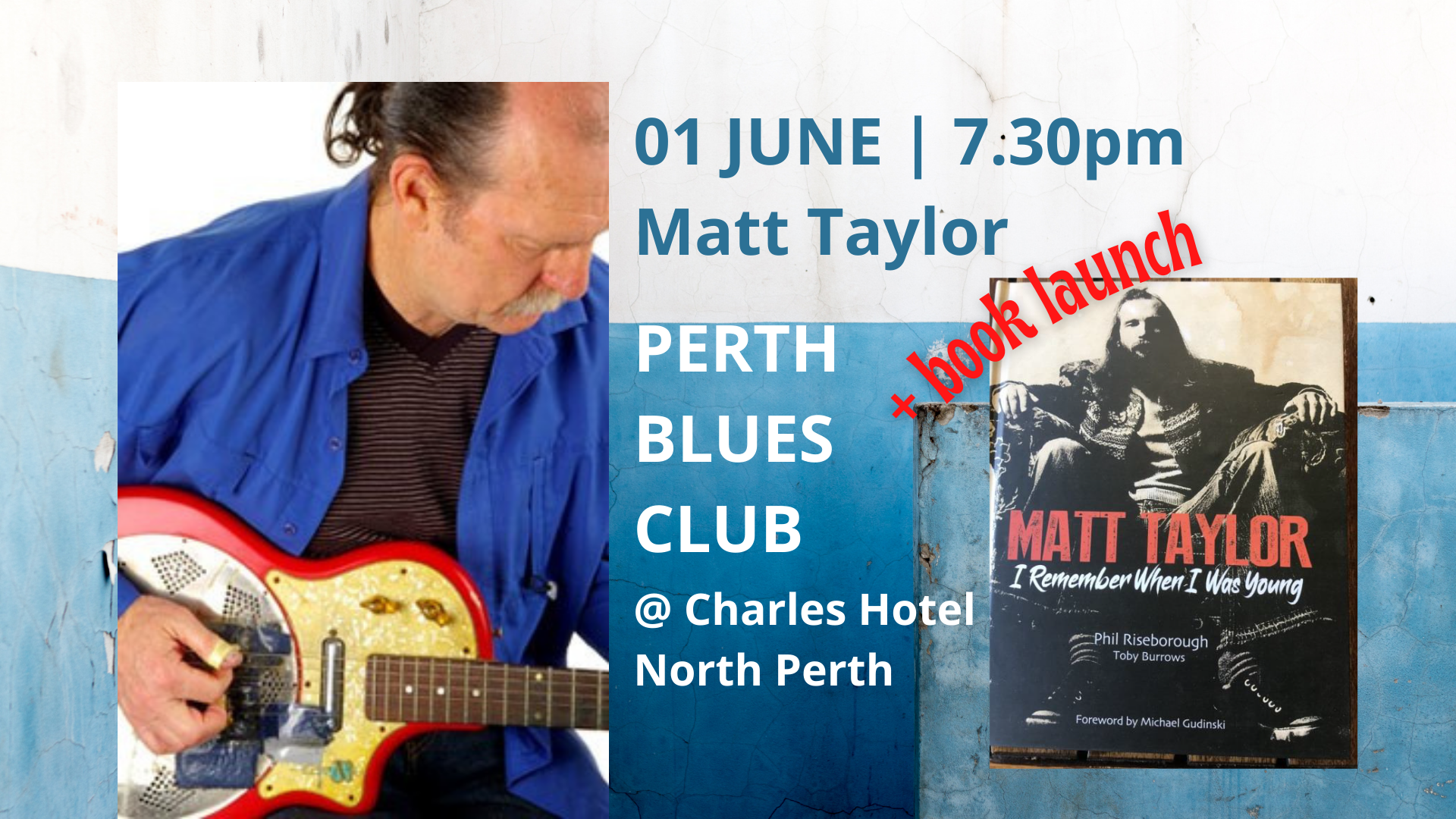 Australian Blues didn't just suddenly appear it had to evolve and Matt Taylor was there all the way through. His personal journey takes in many of the great changes of the last 50 years, from a time when police could cut a young man’s hair with a razor blade without complaint, to a time when people power could end an unpopular war.
Matt will take us through the years from traditional blues through to Oz blues to today’s Indigo blues.

Matt will also be launching his new book, ”I Remember When I Was Young”.

'Emerging from working-class Brisbane in the 1960s as the leader of the Bay City Union, one of Australia’s first real blues bands, Matt Taylor has served as an authentic chronicler of working-class Australia, of the opposition to the Vietnam War and of the communal lifestyles of the 1970s.
He has never been a mere imitator of the blues giants of North America. Instead, he has fashioned an authentic Australian blues based in social critique and personal exploration. His contribution to Australian music over five decades has been unique and enduring.
This is his story as told to Phil Riseborough and Toby Burrows by Matt himself.
Foreword by Michael Gudinski
The book is full colour throughout with tons of rare photos, posters etc.'