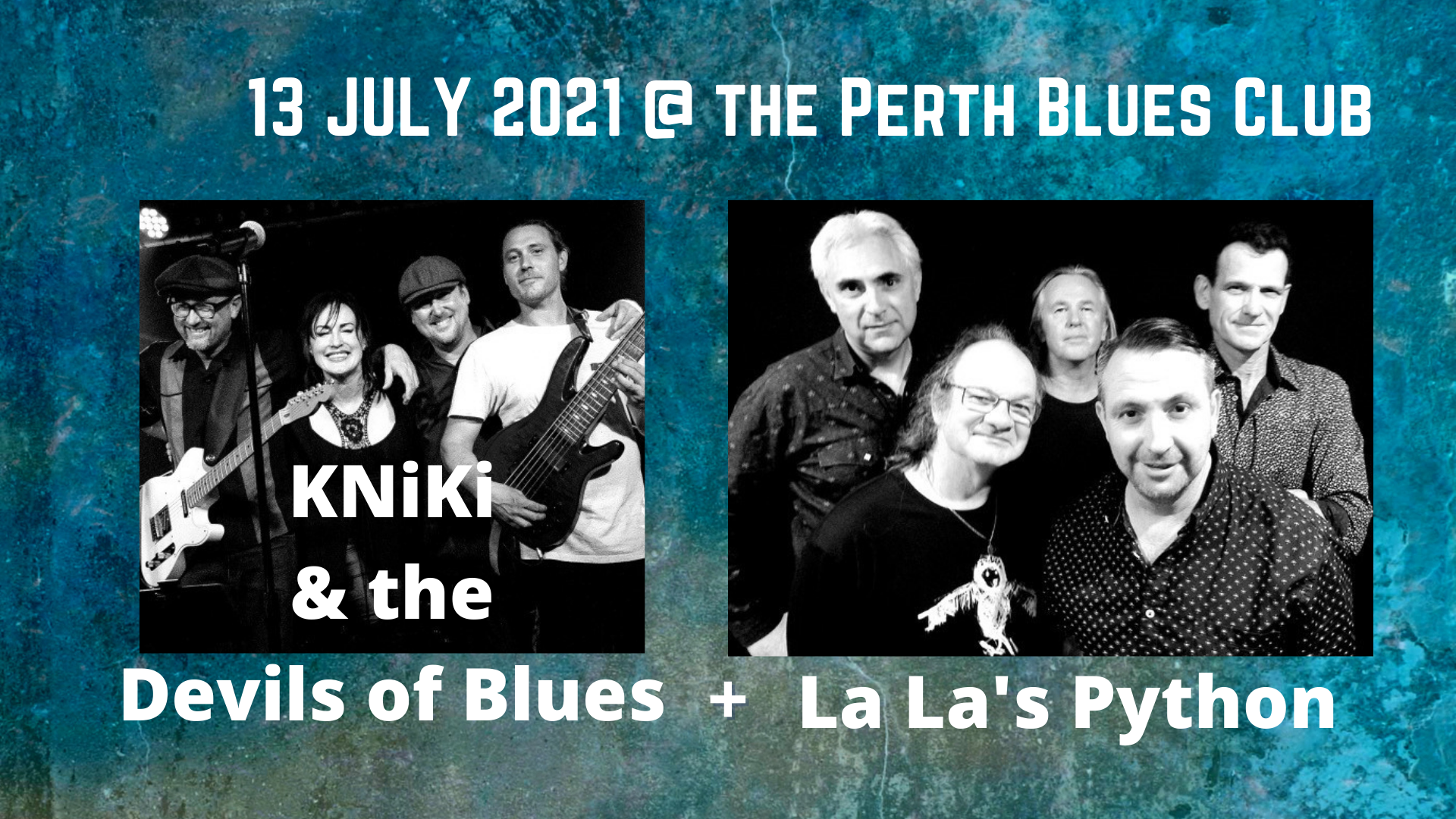 KNiKi & the Devils of Blues will thrill you with huge vocals and a blues band so rocking they'll make you want to pour yourself a shot of whiskey and dance with the devil. With brilliant blues licks and vocals haunted by the ghost of Janice Joplin, KNiKi and her Devils of Blues will meet you at the crossroads, and dare you to lay your soul down.
KNiKi and the Devils of Blues are, KNiKi Vocals, Al James Guitar/Vocals, Adam Springhetti Bass, electric and double, Yugon Chobanoff Drums and Dave Billings on Harp.

Veterans of Perth’s blues, rock and folk scene, the Python’s lineage reads like a who’s who of the local music industry.   Their polished, mature, and authentic approach to song writing is winning the band a legion of fans and critical acclaim, with three-part vocal harmony weaved effortlessly though their hard-hitting original material, all steeped in the rhythm & blues tradition.
Now featuring Phil Bennet on keyboards the band is itching to showcase some new and exciting material.
La La’s Python released their award-winning debut EP “Snake Oil” in December 2019, with their new release “Live High”, also recorded at Hank Marvin’s Nivram Studio, now available on Spotify and BandCamp.
Fresh for the Ravo Blues Festival on the 17th April, WAM Song of the Year Finalists La La’s Python hit the Perth Blues Club.