10 years is a hell of a long time to be in a band like King Parrot. Broken teeth, skinned knees, black eyes and empty cans is all in a day’s work for the KP boys! It’s also enough reason to hit the road and celebrate with their hordes of fans all around Australia. Now that restrictions have eased and there’s been a “dipping of the toes” back into to the live foray, King Parrot are excited to get back out onto the live circuit to celebrate their 10-year anniversary.

After the release of their “Holed Up In The Lair” EP last year it’s been odd that KP haven’t had the chance to support through the release through their usual rambunctious and off kilter live performances… That’s all about to change. With a sense of urgency among the camp and a renewed vigour, King Parrot will once again grace the stages of this great nation and deliver their revered visceral performance to the masses. Strap in and get ready as the energy boiling over from the jam room is about to hit the stage! 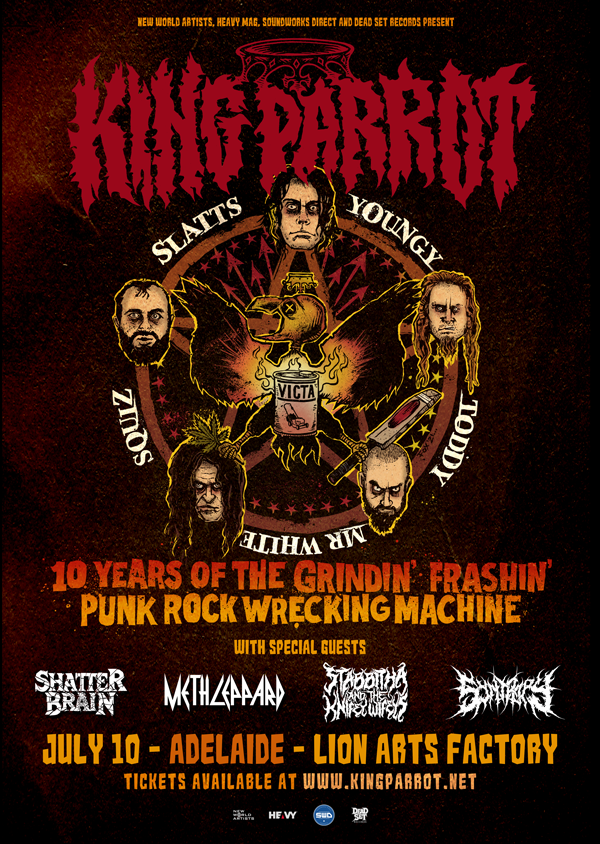