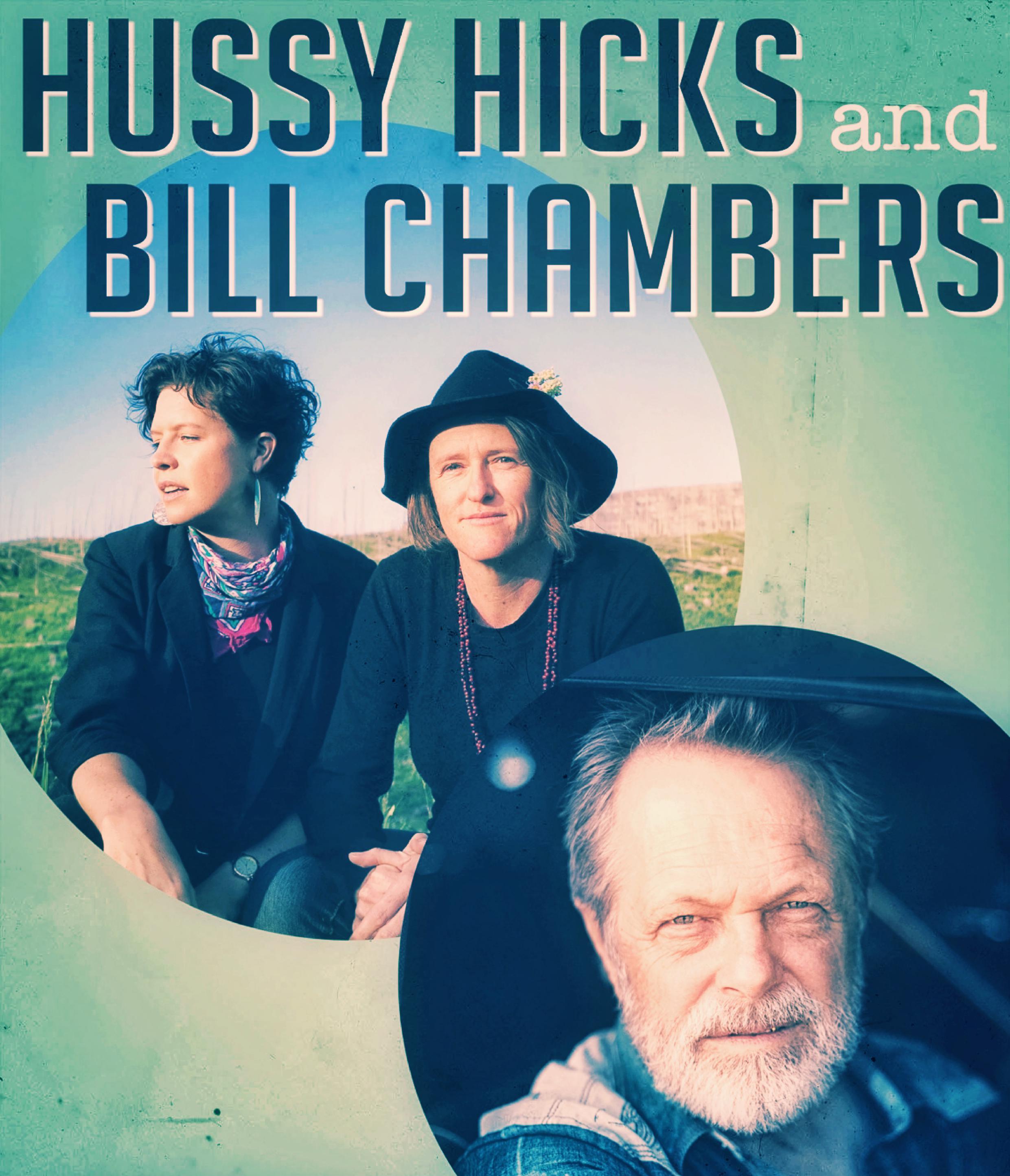 Festival favourites Hussy Hicks and Legendary Country/Roots artist Bill Chambers are teaming up for a special night of music at the Perth Blues Club.
This will be one of only two side-shows for both acts who are on the west coast to perform at the Nannup Music Festival. The Hussies and Bill have been mates since 2008 when they got together to produce the Hussy Hicks debut album 'Life Plays Out'.

It is sure to be a special evening of songs and storytelling, tickets are limited so book early to avoid disappointment.

Bill Chambers is an Australian country musician and former member of the Dead Ringer Band. His album Sleeping with the Blues and Cold Trail were nominated for a 2003 and a 2016 ARIA Award for Best Country Album.
Chambers was born in Southend, South Australia and married his wife Diane at age 20. Together they had 2 children, Nash and country singer-songwriter Kasey Chambers. Chambers and Diane started playing gigs together and soon were joined by Kasey and then Nash. The four piece band became known as the Dead Ringer Band. His marriage later got separated and in 1998 Chambers took a break, ending the band. He moved to Sydney, started producing records, started a record label, Reckless Records, then reunited with his family to support Kasey's solo career.
In 1999 he released a duo album with Audrey Auld (as Bill & Audrey) called Looking Back to See. In 2002 Chambers released a solo album called Sleeping with the Blues and continued as a solo artist with Frozen Ground, Drifting South, Live at the Pub Tamworth and Cold Trail.
His latest album is called 1952 (January 2019) and is inspired by the late, great Hank Williams.

A band of accomplished and powerful women, Hussy Hicks have made a name for themselves locally and on the international stage the old fashioned way – by playing their music and connecting with audiences one passionate performance at a time.
Julz Parker is widely recognised amongst her peers as one of Australia's finest guitar players, with a tone and approach that sits stylistically between Jimmy Page, Peter Green, Django Reinhardt and Tom Morello. Leesa Gentz's powerhouse stage presence, soaring vocals and massive smile will steal your heart, have you hanging on every note and leave a tingle dancing down your spine.
Almost 10 years after their debut album Life Plays Out - Hussy Hicks are currently on the road introducing fans old and new to their fifth full length offering, 'On the Boundaries'. This album experiments with their sound and production to create something familiar yet fresh and was awarded Album of the Year at the 2018 Gold Coast Music Awards.
The Hussies run the gamut of musical genres incorporating blues, folk and riffy rock with gypsy, surf, alt country and soul, all cheekily woven together with beautiful vocal harmonies