Harvey’s debut album was recorded between London, Los Angeles and Harvey’s own Swimming Pool Studio with a string of special guests and hotshot Melbourne session musicians, Boy is a hypermodern take on funk music. A self-diagnosed over-thinker and perfectionist, the forthcoming record’s finest fruits were birthed from endless nights of studio obsession and psychoanalysis, with Harvey’s theory of “neurotic funk” as his guiding North Star. Over an illustrious near decade-long career, Mike Katz aka Harvey Sutherland has continued to solidify his reputation as one of Australia’s finest electronic artists. From early EPs reflecting his crate-digging influences, to festival appearances at Glastonbury, Nuits Sonores, Pukkelpop and Meredith Music Festival, collaborations with the Melbourne Symphony Orchestra, and remixes for the likes of Disclosure, Khruangbin, Tycho, Surprise Chef, Julian Hamilton (The Presets) - Harvey’s world continues to grow and flourish.

Catch Harvey Sutherland tour his blissful and electric funk experience across metro and regional venues throughout 2022. 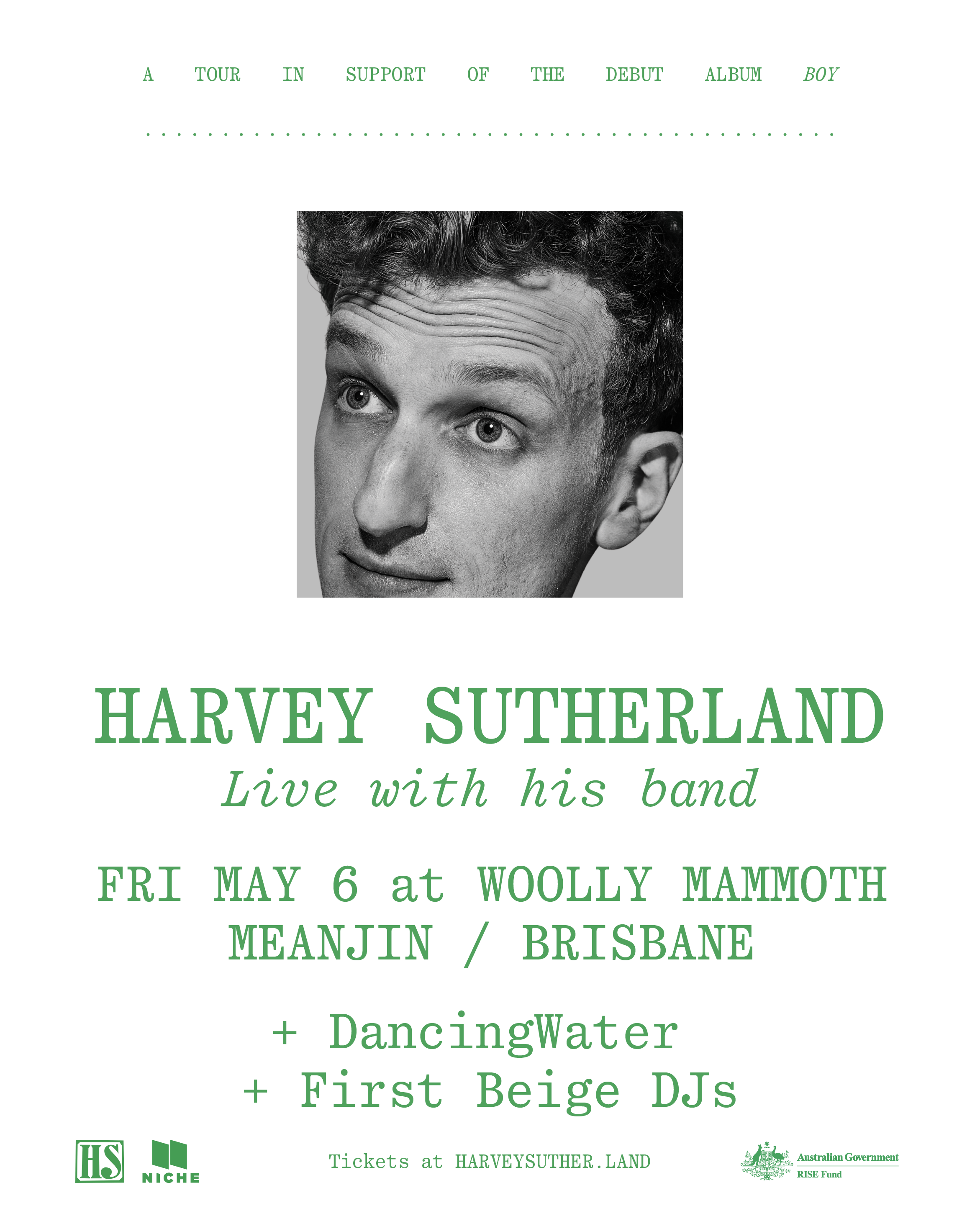 The BIGGEST party in Brisbane is back with our annual Traffic Light Party! more »