When Gretta Ray hits the stage the crowd immediately feels her energy through her signature storytelling, warm lyrics and songs that take the audience through a journey of emotions.

Gretta Ray started on her music path at just five years old, singing in her community choir. At eight she was playing the piano and by early high school she was teaching the school choir and band her songs. Gretta had her first solo debut on stage at a small Melbourne club at sixteen years old with an acoustic guitar in hand. Not too long after at just seventeen, her first set of demos with Josh Barber (Gotye) were released as an indie EP Elsewhere.

In the midst of her final years of high school Gretta won triple j’s Unearthed High and the prestigious Vanda & Young Songwriting Award in 2016 for her high rotation hit, ‘Drive’. During this heady period, she would often find herself writing essays in hotel rooms, sending them off from an Uber on the way to soundcheck, playing shows to 500 people and the very next day flying back to Melbourne to walk into class.

Her 2018 indie EP Here and Now was partly recorded in Nashville along with a diverse array of exploratory singles: ‘Re:Stacks’, a Bon Iver cover with Dustin Tebbutt, ‘Better’ with Japanese Wallpaper and her own, ‘Heal You In Time’.

Gretta’s latest release, the wondrous and empowering 2021 coming of age record, Begin To Look Around, chronicles the journey of a young artist navigating the winding lanes of womanhood, romance, heartbreak, travel and friendship. The making of the bold, layered and colourful pop album took place in Melbourne, Sydney and her adopted home of London with a stellar array of writer-producers working at the vanguard of modern pop. The result is a thoughtful, crafted, hairbrush-singable body of work that has seen Gretta nominated for ARIA’s ‘Breakthrough Artist’ as well as ‘Australian Album of the Year’ at the J Awards of 2021. 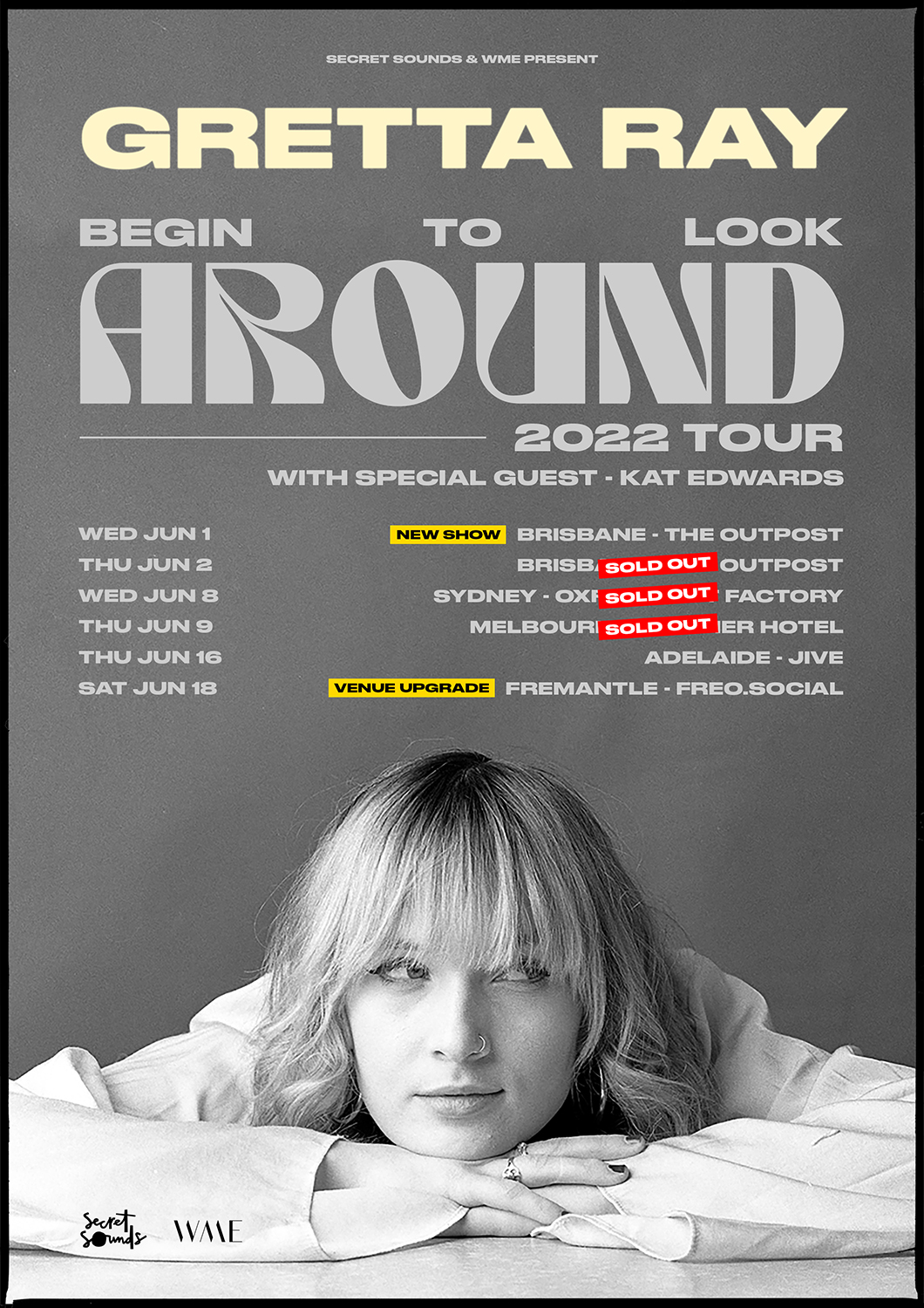