The Lab/Light Cultural Foundation, SA
If you checkout without making all the selections you are entitled to, you will be able to return at a later time and choose your remaining options (simply log in to your Moshtix account and return to the event page).

Join grentperez when he stops in at The Lab on his i'm cool, i promise World Tour

Music lulls us into a meditative state. It allows us to relax, reflect, and, ultimately, recharge. Sydney - born singer, songwriter, artist and producer grentperez unlocks this place — whether in the studio, on stage, or under the watchful eye of the computer camera in his childhood bedroom where he’s recorded most of his music to date.

His handcrafted DIY pop instantly soothes on a series of releases that have helped endear grentperez to rapidly growing audiences at home in Australia as well as further afield in North America, South East Asia and Europe.

Growing up as the youngest of three kids in a Filipino family, grentperez immersed himself in music during his childhood. He listened to The Eagles, The Beatles, and Queen with his dad before moving on to the likes of Musiq Soulchild. In 2013, at just 12 years old he posted his first video to his YouTube channel.

Generating over 40 million YouTube video views in the last year, the newly found YouTube fame spurred grentperez on to experiment with releasing some of his own self-written and recorded music on streaming platforms. His debut single ‘Cherry Wine’, released in September 2021 shot up the Spotify viral charts across the global including landing the #1 spot in Australia, Canada, Singapore. Several singles followed in the lead up to the release of his debut EP ‘Conversations with The Moon’ in February 2022 which has seen his music grow at an accelerating pace to over 50 million streams, with hundreds of new fans discovering him daily.

Outside of the streaming platforms, notable support to date has come from tastemakers including Triple J, KCRW, MTV, NPR, DIY, Wonderland, Notion, SEA Today and The Line of Best Fit.

Having written his own songs and poetry throughout his teenage years, grentperez admits “on days where I don’t feel good, I’ll pick up a guitar, and it just makes me feel better. I heavily believe in everything I sing. Whatever it is, I try to put myself in a position to relate and fully immerse my-self in all of the words.”
Now fully focused on perfecting his own “laidback chill sound with a lot of soul,” grentperez is working hard to keep the new music flowing in 2022.
Coming off the back of a sold out headline Australian tour in April and May, amidst demand for even more live shows, grentperez is back for his first World Tour “i’m cool, i promise” running through Australia, New Zealand, USA, Canada, UK, and Europe in September through November 2022. 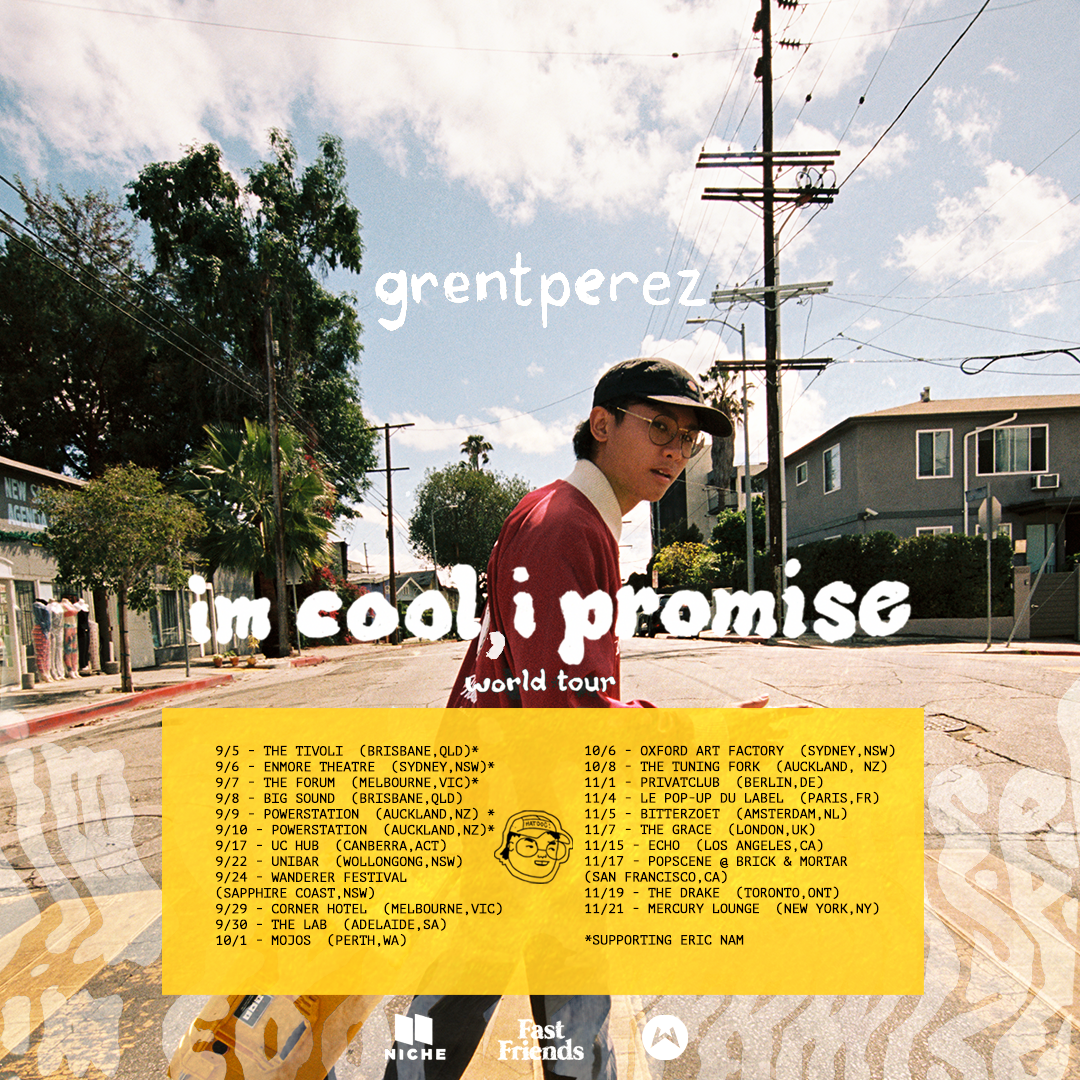 Fabels with Blood Plastic and Visitors

Fabels from Sydney: Watering cans and clotheslines on a sunny day, then the rain came so they went inside and started to play music. more »

Having endured multiple lockdowns and canceled gigs, Cousin Tony’s Brand New Firebird are now poised for the wide open road and are excited to come to The Lab to support their upcoming album, 'Red Dirt Angel'. more »