We're hitting the road with Brown Brothers to bring comedy and wine to Townsville!

This event has been cancelled

Townsville, we can't wait to swap out or sweaters for swimmers and head north for our first ever Queensland event!

Grapes of Mirth is hitting the road for a special event edition with Brown Brothers, who are setting up camp at Cluden Park for a pop up cellar door. We’ll be hitting the road June 26th to land ourselves on the lush lawns, palms tress and summer vibes of far North Queensland. 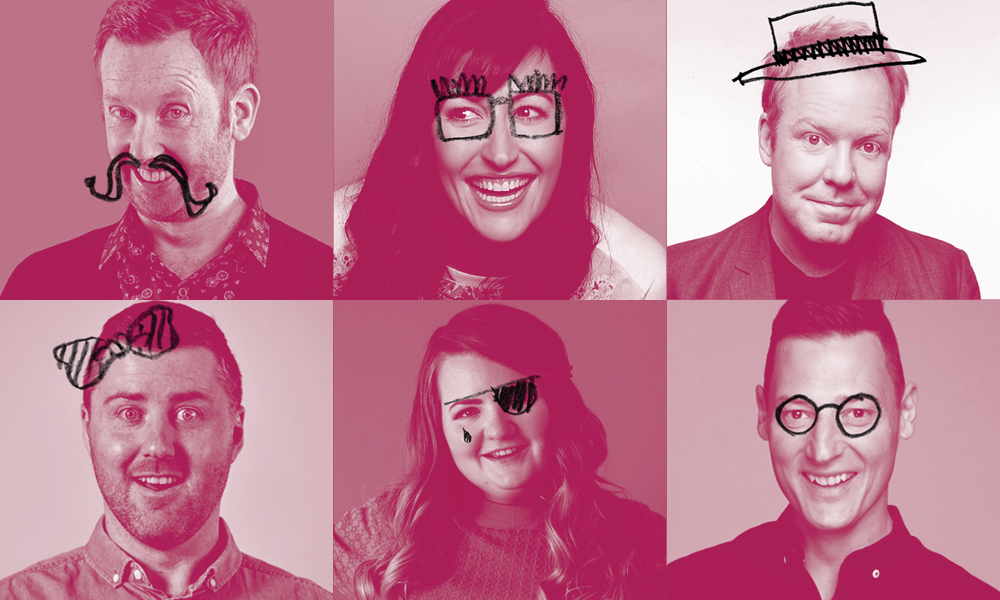 Writer, actor, and one of Australia’s favourite comedians. Luke is also co-creator, co-writer, and star of the smash hit sitcom 'Rosehaven' with Celia Pacquola for ABC TV, for which Luke won the award for Most Popular Actor at the 2019 TV Week Logie Awards!  You might have also spotted him on ABC's 'Utopia' or on 'The Weekly with Charlie Pickering' with his 'Lukenmics' segment.

One of the brightest stars in Australian Comedy, so hot right now! WINNER of the Helpmann Award for Best Comedy Performer - 2018, star of 'Utopia', a regular on 'Have You Been Paying Attention', Logie nominated for her role in 'Rosehaven' alongside Luke McGregor, and winner of Channel 10's 'Dancing With The Stars'.

Simply one of Australia's most loved comedians, ever since his first appearance on our TV screens on 'Rove' back in 1999. Pete has performed stand up for years, selling out shows right across the country He's the star and director of Network 10's 'How To Stay Married' and makes as laugh four nights a week on 'The Project', the beloved show where news is delivered differently.

Stand-up comedian, award-winning writer and actor from Wales, who is fast making his mark here in Australia, with regular appearances on Network Ten's 'Have You Been Paying Attention'. While Lloyd is a relative newcomer to our part of the world, he is an accomplished and in-demand artist who has been performing and writing comedy for nearly two decades. He has performed at the Edinburgh Fringe since 2002 and been invited to Just for Laughs Montreal.

A slightly deranged girl, known for her dark and twisted everyday observations and stories, and returning to her hometown of Townsville! Winner of the ‘Best Newcomer’ award at the 2018 Melbourne International Comedy Festival. Danielle also appeared as ‘Ranger Danny’ alongside stars Kate McLennan and Kate McCartney on the show everyone fell in love with - “GetKrack!n” for ABC TV.

Pre-purchase the Patricia Tasting Experience presented by Brown Brothers at their on site pop-up Cellar Door!

This includes a guided tasting of 5 of their premium wines hosted by Emma Brown, a 4th generation family member of the iconic winery.

Gourmet cheese platters are now available for pre-purchase! Have your choice of the below two hamper options ready for you on arrival.

Expect nothing less than our usual festival day out featuring top of the line comedy, food, music and of course WINE!

(Not huge on wine? Don't sweat, our main bar will be serving up ice cold tinnies too

This is absolutely an 18+ event.