Grapes of Mirth - Comedy and Wine returns to Orange

Grapes of Mirth is returning to Orange!

Six of Australia’s best comedians and your host Merrick Watts will make their way to the Orange Showground for 5 hours of comedy, wine, music, gourmet grub and the most amazing vibes. 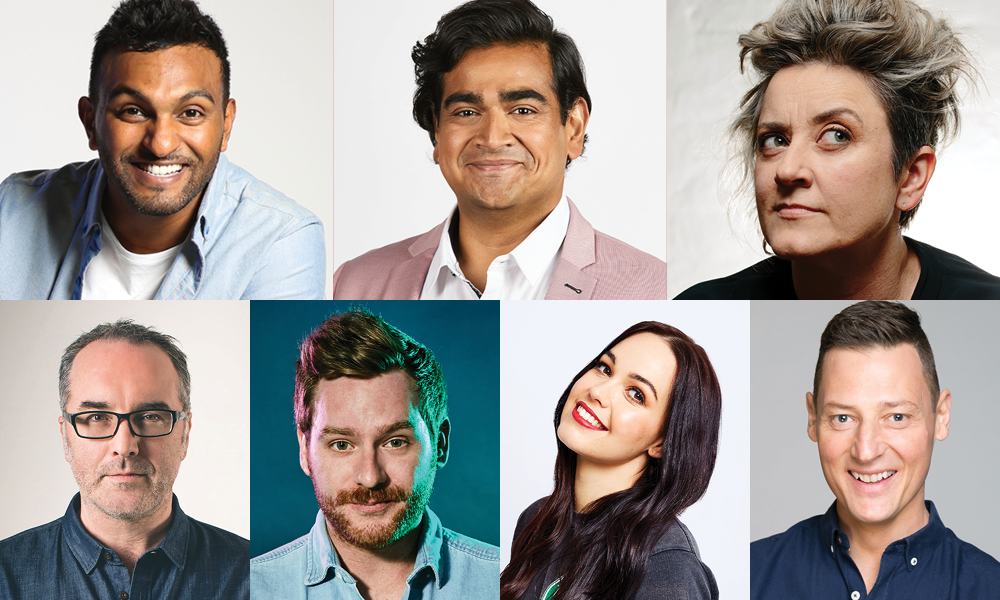 NAZEEM HUSSAIN - One of the biggest stars of Australian comedy, Nazeem Hussain, is a much loved television and radio personality. His Netflix special 'Nazeem Hussain: Public Frenemy', filmed in Montreal at the Just For Laughs Festival, started streaming globally in 2019, introducing Nazeem to a legion of new fans, and critical acclaim. Star of 'Orange is The New Brown' and survivor of 'I'm a celebrity get me out of here', Naz is one of the most likeable comedians in the biz. Super funny, utterly engaging and adored by punters and comedians alike. Don't miss his set!

DILRUK JAYASINHA - Hailing from Sri Lanka, Dilruk is one of the most in-demand headliners on the Australian comedy scene. In 2018, Dil received one of the highest accolades in Australian entertainment – the Graham Kennedy Award for 'Most Popular New Talent' at the 2018 Logie Awards. You may also recognise him from ABC TV's very popular and award-winning 'Utopia', Channel 10's 'I'm A Celebrity...Get Me Out Of Here!', or Amazon Prime's 2020 stand-up special. From Montreal to Edinburgh, and everywhere in between, Dil is one of our favourites, and soon to be one of yours!

CHRIS RYAN - A former journalist, mother of two teenagers and one of the most exciting new voices on the Australian comedy scene, say hello to Chris Ryan! WINNER of the Best Newcomer award at the Sydney Comedy Festival in 2019, Chris is in red hot form with her laconic take on everything from romance to passive aggressive co-workers.

JUSTIN HAMILTON - Over the course of the last 15 years, Justin has won awards for his solo stand up comedy shows including the Director’s Choice Award at the Melbourne Comedy Festival. In 2011, The Arts Monthly announced that Justin was the Comedian of the Decade. In 2019 he won Best Comedy at the Adelaide Fringe Festival for the play Three Dances for John Tilt Animus which Justin wrote, directed and starred in.

CAMERON JAMES - Actor, writer and podcast guy, Cam is a quickly rising comedian. You might have seen him on SBS 'The Feed', Comedy Central 'Share This', on the ABC's 'Utopia' or 'Be Your Own Boss'. Named one of the "Funniest Aussie comedians to follow on social media" by the Herald Sun and "The most obvious Next Big Thing" by Time Out Sydney.

BEC CHARLWOOD - With a reputation as one of the best young comedians in the country, Bec showcased her comedy on the 'Lockdown Comedy Festival' stand-up series for Stan. She's the co-host of the brilliant and widely popular 'Ladies Guide to Dude Cinema' podcast. With effortless ability and hilarious honesty, Bec delights with anecdotes about her life, observations on society and stories about her family.

MERRICK WATTS - The "Merric" from Merrick and Rosso. Mez, as he is affectionately known, has worked at almost every radio and TV station in the country. You might have seen him recently getting smashed in the face on 'SAS Australia'; Australia's REAL reality show. Mez loves wine, so much so that he's a qualified sommelier, with dreams of retiring to a big Chesterfield, smoking a cigar and drinking Cabernet.

With restrictions easing, we have been working closely with Orange City Council and other local authorities to ensure that we are able to provide the full GoM comedy experience whilst complying with strict COVID guidelines. For us, and the authorities, the health and safety of the public is paramount. And don't worry, none of this planning involved Merrick, so you can rest assured it's legit.

Grapes of Mirth provides the ultimate day out with five headline comedy sets, a host with the most, and some sweet DJ tunes (brought to you by the one and only, DJ PEDRO MOSHMAN!) to keep you entertained before, between, and after the comedy has ended.

THIS IS NOW AN INDOOR EVENT (chairs will be provided)

Please note, due to COVID tracing measures, all tickets names must match the name of the attendee. This will be confirmed on entry with valid ID.