Grapes of Mirth - Comedy and Wine in the King Valley

Five of Australia’s best comedians and your host Merrick Watts will make their way to Brown Brothers for 5 hours of comedy, music, wine and the most amazing festival vibes. 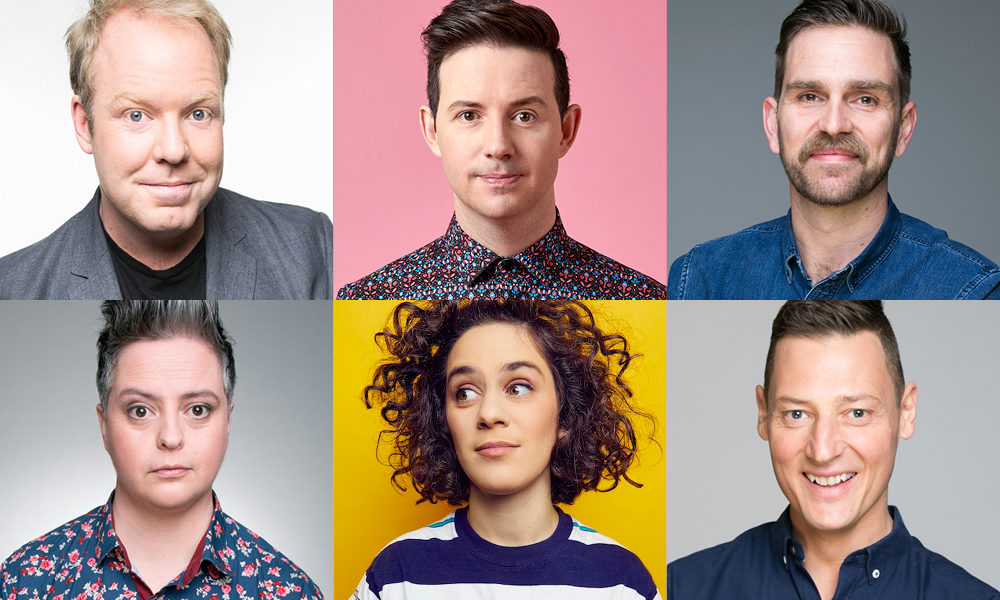 Simply one of Australia's most loved comedians, ever since his first appearance on our TV screens on 'Rove' back in 1999. Pete has performed stand up for years, selling out shows right across the country He's the star and director of Network 10's 'How To Stay Married' and makes as laugh four nights a week on 'The Project', the beloved show where news is delivered differently.

WINNER: Best Comedy Adelaide Fringe Weekly Awards 2018 and a regular across all TV networks, Nath is going from strength to strength as a performer and stand-up and is in high demand, both in Australia and internationally. He's a true craftsman of the art form.

The host of Channel 10's smash hit and Logie nominated 'Taboo'. Winner of the Melbourne International Comedy Festival's 'Piece of Wood' award in 2011, 'Spleen Comic of the Year' 2010, and awarded the 'Tron Best Newcomer Award' at the Edinburgh Fringe in 2007. He's got a voice like a chainsaw, which pairs perfectly with his lumberjack moustache - appropriate, as his comedy is strong enough to chop down trees.

Star of Channel 9's 'Metro Sexual' and also staring on ABC's 'Rosehaven' alongside Luke McGregor and Celia Pacquola. WINNER of the 'Piece of Wood Award' at the Melbourne Comedy Festival 2019, and nominated for most outstanding show; Geraldine is in red hot stand-up form. A stalwart of the Australian comedy scene, Geraldine has been seen on 'The Oxfam Comedy Gala', 'Upfront: The Queens of Comedy Gala', 'Tonightly' and 'Comedy Next Gen'.

Multi-award winning singer, songwriter and comedian, Jude has created a name for herself by writing and performing hilarious, yet brutally honest, stream-of-consciousness style lyrics, set to undeniably catchy and well-crafted songs. In 2013, Jude released her debut EP '3am'. In 2015 Jude performed her first solo comedy show at the Melbourne International Comedy Festival, which won her first of 3 Green Room Awards for Best Original Songs. In 2018 Jude performed her 5th solo show 'I Have A Face' at Melbourne Fringe and won Best Cabaret.

Seating - Brown Brother's beautiful grounds will be set up with areas to accommodate picnic blankets, low and high back foldable chairs. Please BYO food, picnic rugs and foldable chairs, to make yourself nice and comfortable for the day. The lower you are to the ground, the closer to the stage you'll be. Empty soft cooler bags and water bottles are also permitted (please no eskys). Bag checks will be conducted upon entry for prohibited items.

Buses - there are return buses running from Wangaratta, Beechworth and Albury / Wodonga.