Grapes of Mirth - Comedy and Wine in Tasmania

Five of Australia’s best comedians and your host Merrick Watts will make their way to Josef Chromy Wines for 6 hours of comedy, music, wine, gourmet grub and the most amazing festival vibes. 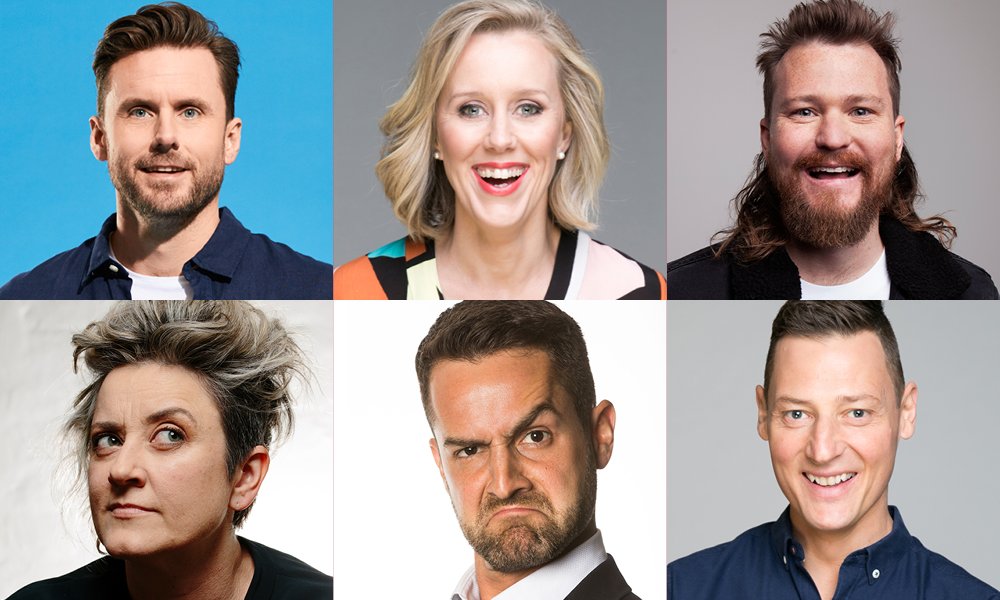 Dave has built a global reputation for his honest, engaging, whip-smart and damn funny comedy. Dave’s TV credentials include hosting Channel 9’s 20 to 1, regular appearances as a co-host on 'The Project', and hosting Fox Footy's 'The Beep Test'. He's also had a crack at acting on Channel 9's 'House Husbands' and the ABC TVs 'Upper Middle Bogan'; generally, if there's catering involved, Dave will be there!

Over the last decade, Claire has been captivating audiences and touring brilliant solo shows across the country to critical acclaim. She's also co-host of 'The Great Australian Bake Off' for Foxtel’s LifeStyle Channel alongside the seriously funny Mel Buttle, as well as judges Maggie Beer and Matt Moran and their fourth season aired in 2019.

Self-identifying bogan genius Brett Blake is a whip-smart, high-spirited stand up who has performed widely across Australia and the UK. A regular sell-out at the Melbourne International Comedy and Edinburgh Fringe Festivals, Brett also starred on 'Common Sense' for Network 10, has a hand in Melbourne’s Comedy at Coopers Inn, is a regular visitor to 'The Little Dum Dum Club' and shares the reins on 'Worst First Dates' podcast with Kelly Fastuca.

A former journalist, mother of two teenagers and one of the most exciting new voices on the Australian comedy scene, say hello to Chris Ryan! WINNER of the Best Newcomer award at the Sydney Comedy Festival in 2019, Chris is in red hot form with her laconic take on everything from romance to passive aggressive co-workers.

Leaving behind his career as a Brew Master and Food Technologist in his home country of Venezuela, Ivan has been performing comedy in his second language now for 8 years. Ivan is now a regular on Aussie TV and has won a entire swag of awards including; Best Newcomer at the Sydney Comedy Festival and Weekly Best Comedy at the Adelaide and Perth Fringe.

Strictly NO BYO food or beverages.

Seating - Josef Chromy's beautiful grounds will be set up with areas to accommodate picnic blankets, low and high back foldable chairs. Please BYO picnic rugs and BYO foldable chairs, to make yourself nice and comfortable for the day. The lower you are to the ground, the closer to the stage you'll be. Empty soft cooler bags and water bottles are also permitted (please no eskys). Bag checks will be conducted upon entry for prohibited items.

Hampers - Want snacks sorted on arrival? Pre-order a hamper with your tickets! Plenty for two, pick up when you arrive. Please note, these are pre-order only, don't sleep on it!