Grapes of Mirth - Comedy and Wine in Coonawarra

Thank you to everyone for their extreme patience, given the postponement of this event.

Five of Australia’s best comedians and your host Merrick Watts will make their way to the Penley Estate for 6 hours of comedy, music, wine, gourmet grub and the most amazing festival vibes.

Joining us on the day will also be 6 of the region's best wine producers. You'll be spoilt for choice. 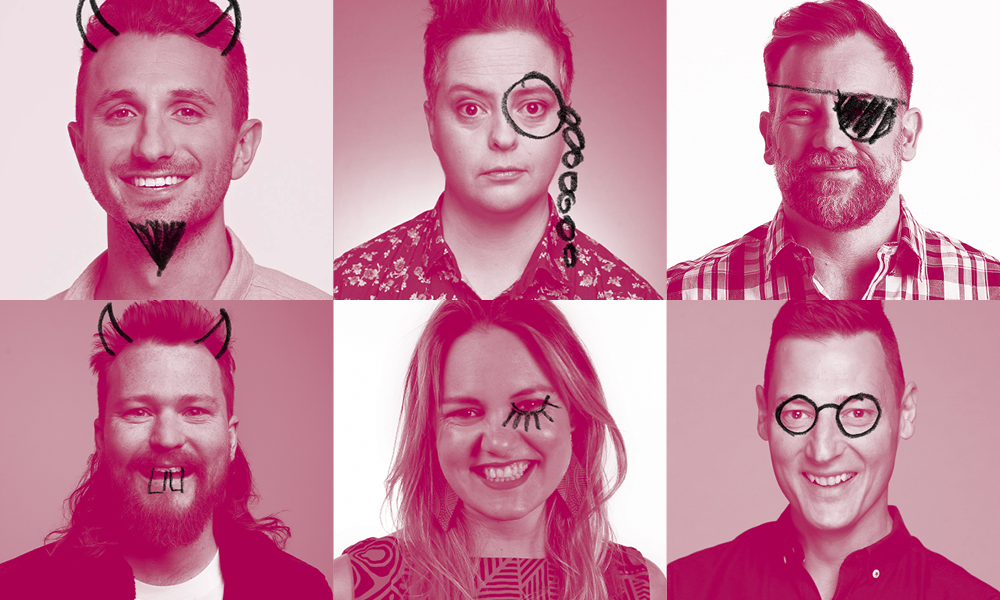 One of the most exciting comedians of his generation. For the last few years, Tommy has been the host of the Just for Laughs Stand Up Series from the Sydney Opera House, filmed for the Comedy Channel in Australia, and regularly sells out his live shows across Australia. He's also co-host of Network Ten's 'The Project' and national radio show 'Carrie & Tommy' on the Australian Hit Network.

Star of Channel 9's 'Metro Sexual' and also staring on ABC's 'Rosehaven' alongside Luke McGregor and Celia Pacquola. WINNER of the 'Piece of Wood Award' at the Melbourne Comedy Festival 2019, and nominated for most outstanding show; Geraldine is in red hot stand-up form. A stalwart of the Australian comedy scene, Geraldine has been seen on 'The Oxfam Comedy Gala', 'Upfront: The Queens of Comedy Gala', 'Tonightly' and 'Comedy Next Gen'.

One of Australia’s most experienced and well-travelled comedians. Lehmo's live work has seen him headline at comedy clubs for well over fifteen years and work all corners of the globe – and is also the country's number one 'combat comic', having completed seven 'tours of duty'. Also, host of the ABC radio's Grandstand, a co-host on HIT's 'Bec, Cosie & Lehmo' and a team captain on Fox Footy's AFL-themed show The Beep Test.

Self-identifying bogan genius Brett Blake is a whip-smart, high-spirited stand up who has performed widely across Australia and the UK. A regular sell-out at the Melbourne International Comedy and Edinburgh Fringe Festivals, Brett also starred on 'Common Sense' for Network 10, has a hand in Melbourne’s Comedy at Coopers Inn, is a regular visitor to 'The Little Dum Dum Club' and shares the reins on 'Worst First Dates' podcast with Kelly Fastuca.

Darwin comedian Amy Hetherington is a terminally positive comedian; she’s energetic, fun and contagious. Amy engages her audience with an infectious combination of energy, wit, self-deprecation, happiness and the bizarre. In 2019 her Adelaide Fringe show was awarded Best Weekly Comedy.
★★★★★ "If all Territorians are this funny, we should all just head North now" The Advertiser, 2019.

Strictly NO BYO food or beverage.

Seating - Penley Estate's beautiful grounds will be set up with areas to accommodate picnic blankets, low and high back foldable chairs. Please BYO picnic rugs and foldable chairs, to make yourself nice and comfortable for the day. The lower you are to the ground, the closer to the stage you'll be. Empty soft cooler bags and water bottles are also permitted (please no eskys). Bag checks will be conducted upon entry for prohibited items.

Buses - there are return buses running from Penola, Mount Gambier and Naracoorte. Please arrive 15 minutes prior to departure.