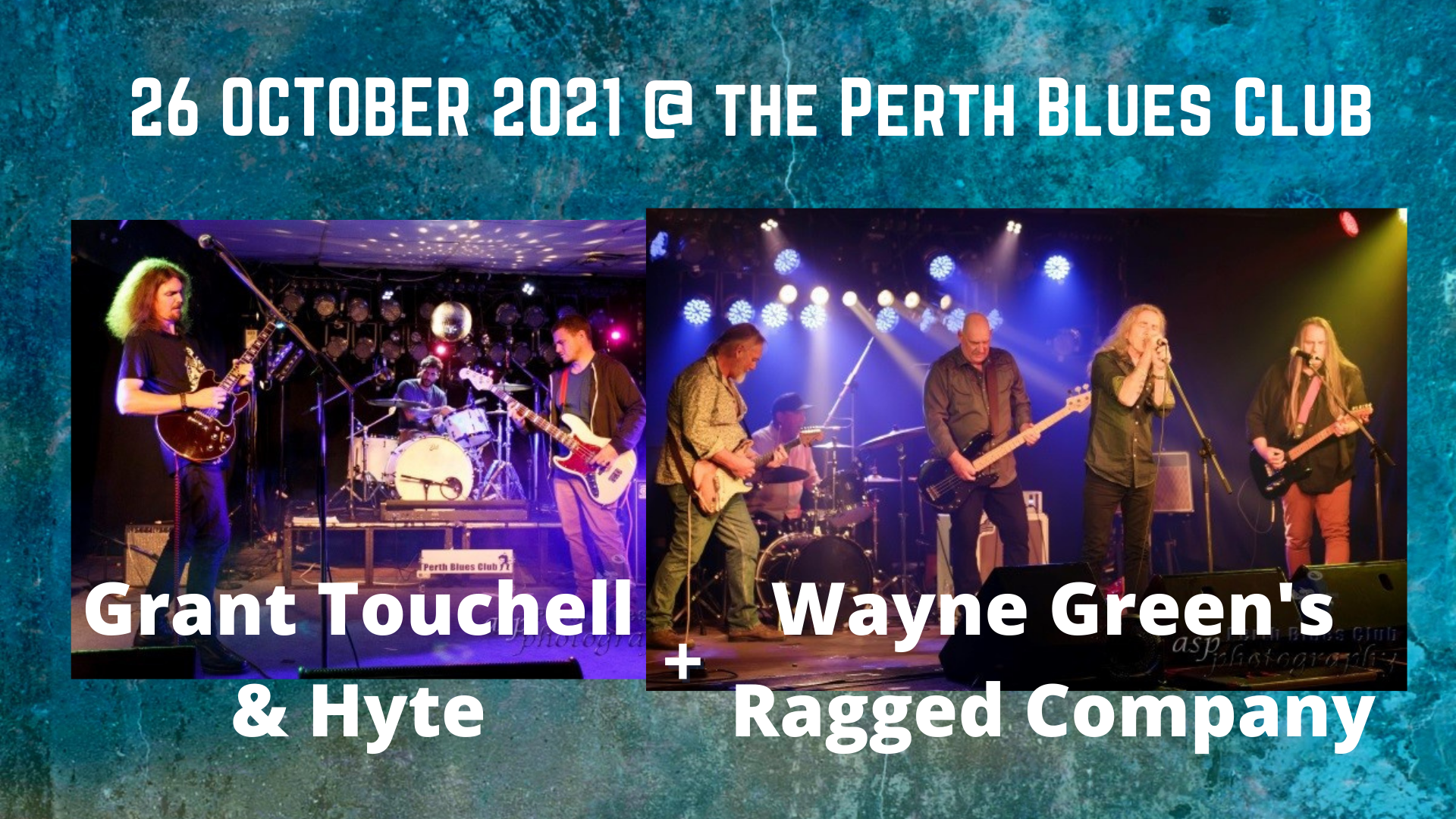 Having performed since a young age Grant Touchell is an accomplished six stringer in the Perth/Fremantle music scene.  He has played in a plethora of bands over the years.  Grant’s current band Hyte has been together for 15 years and the band members have all known each other since their teens.  With Chace Hedland on drums and Matthew Sticca on bass this trio covers a wide range of blues styles.

When the ‘Amiable Gentleman of Rock ’n’ Roll’ Wayne Green puts pen to paper and mouth to microphone it’s an irresistible thing. Gracing and sometimes dis-gracing stages in more pubs than he can remember - to major events and backyards all the way across Australia since the mid 70’s Wayne has gathered an ever-burgeoning following of loving loyal fans both front of house and backstage among his musical comrades. Wayne Green is the epitome of the romantic poet, the buffoon, the entertainer, the warning beacon, the measure of a good man, the heralder of change, and the musician's singer. Living his life to the letter as a true Rock ’n’ Roller.