The event organisers have been in touch to let us know that Frenzal Rhomb has been re scheduled to Fri 31st Dec New Year’s Eve @ The Triffid.

The small possibility of blood clots from the AstraZeneca jab has been eclipsed today, by the even tinier chance of any new music from Australia’s semi-favourite still-here punk rock band before 2022.

In a late night hastily organised press conference, Frenzal Rhomb’s chief medical officer Doctor Lindemans was quick to hose down speculation that the delivery of their new songs had been hampered by the European Union hoarding all the riffs, explaining “Our studies have shown that genetic mutations are creating new variants of power chords played fast through a distortion pedal which are continuing to emerge daily. We’re confident it won’t be too long before some of those chord progressions reach our shores”.

In the meantime, Frenzal Rhomb have announced today they’re embarking on a large-scale inoculation rollout program from May through to November. The band will bring their existing riffs, lyrics and melodies to towns and cities across Australia playing intimate venues to large scale festivals (hub style) to ensure we, as a nation reach herd immunity... and life can go back to normal as soon as possible. Areas left out of these rollout dates are told to be patient, or just get on a bus. Please bring your Medicare card. 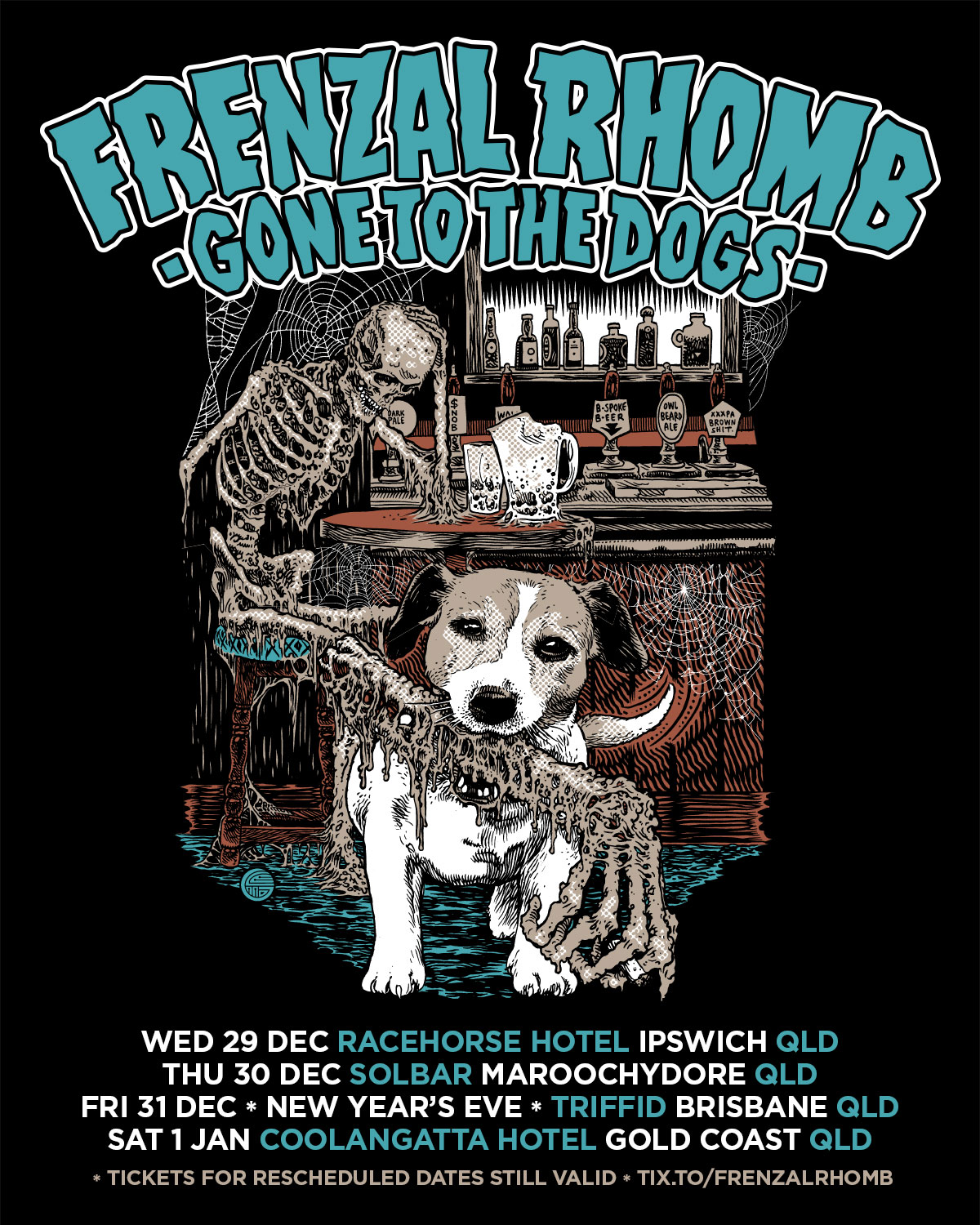 The Plot In You "Swan Song" Australian Tour