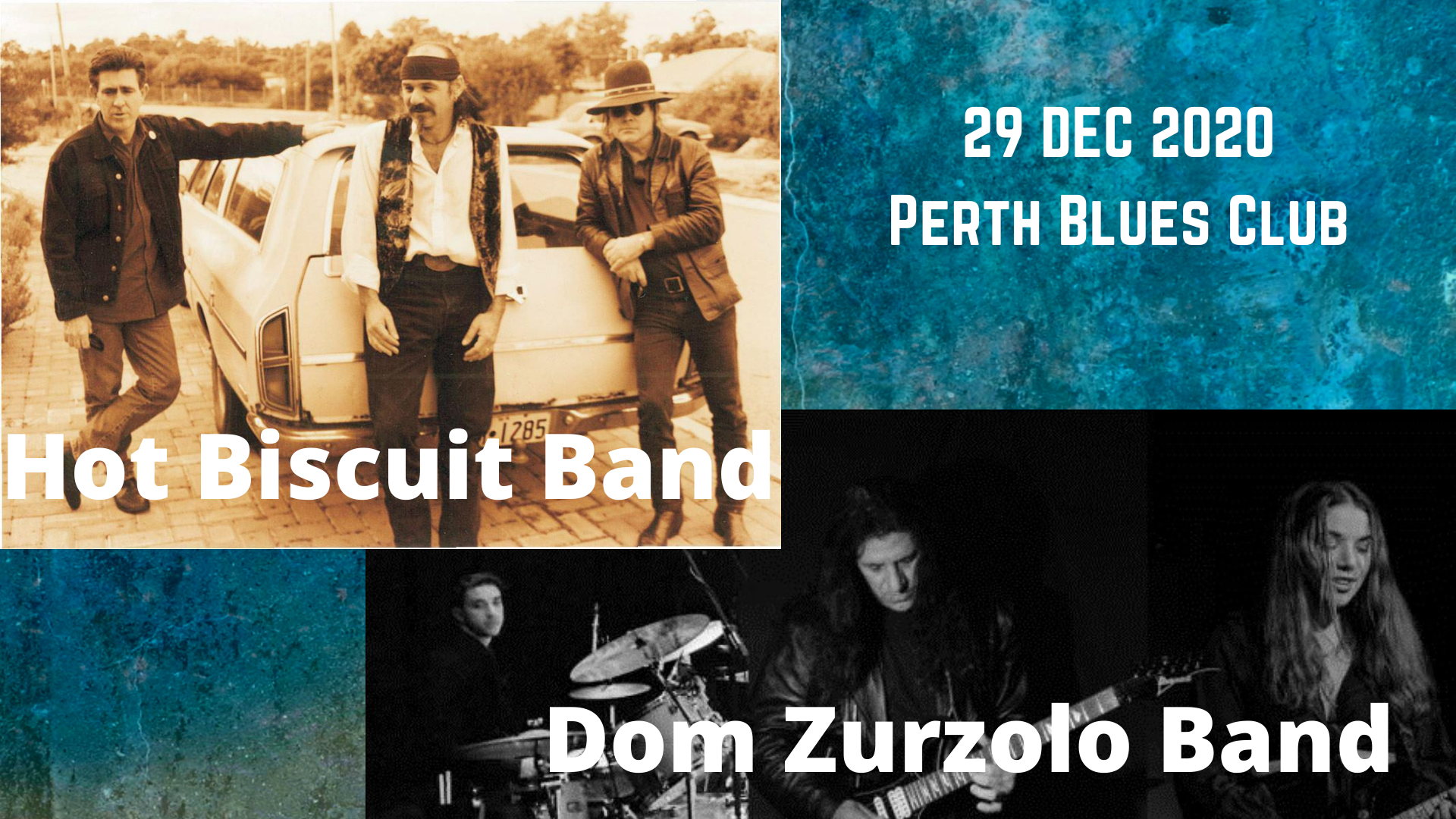 Dom Zurzolo Band bring their blues and progressive rock sounds to the Perth Blues Club to celebrate the release of Dom and Anthony Zurzolo’s latest 13-track instrumental album ‘Accensa’. Playing songs from the album, as well as some old favourites, the core band will consist of Dom, Anthony and Veronica Zurzolo and will feature a couple of special guests.
Dom Zurzolo is a long-time blues club member, who brings his original style of progressive guitar and vocal to the stage. Be prepared to be blown away by the sensational musicianship from this local singer-songwriter. Anthony Zurzolo is an up and coming drummer, who has been performing from a young age in the Kalamunda Youth Swing Band and Mazanod Concert Band. Recorded early this year when Anthony was only 17 years old, ‘Accensa’ is this young drummer's debut, featuring tight grooves and intricate patterns. Veronica Zurzolo is the singer-songwriter-guitarist for local act Dolce Blue, who will be switching over to the bass for this gig. Playing guitar, bass and singing from a young age in the Kalamunda Youth Swing band, Veronica currently is studying at WAAPA, working for music label Blue Grey Pink, playing guitar in Odlaw and singing in the Alyosha Choir

A band of veteran players headed by Rick Steele with a mix of blues and laid-back country rock, The Hot Biscuit Band manages to cultivate a definitive Australian imagery with its music, rather than merely reproducing American roots music.
The band took its name from the legendary "King Biscuit Time" radio show, which brought music to generations of black Americans throughout the Mississippi Delta and beyond, spawning the career of BB King, among others and often cited as the birthplace of rock'n'roll. In a similar vein, the Hot Biscuit Band has fostered the talents of many fledgling performers over the years, but retained the integral unit that made the band popular in Australia and NZ. The re-united 2011 band features Rick Steele, Richie Pavledis, Marc Gordon, Tony Shergold and Greg Thompson.