Woolly Mammoth, QLD
If you checkout without making all the selections you are entitled to, you will be able to return at a later time and choose your remaining options (simply log in to your Moshtix account and return to the event page).

Australia's Death Metal powerhouse Disentomb returns to stages across the nation for the first time in the post-pandemic era to unleash their dissonant brand of brutality alongside their Brutal Death genre-bending counterparts, Germany's Defeated Sanity.

In what will go down as one of the most brutal lineups to perform for Australia, Disentomb and Defeated Sanity's co-headline tour will wreak total aural devastation in seven cities in July 2022. '

It will mark Disentomb's first tour since their global onslaught of playing hundreds of shows across 45 countries was brought to a halt by Covid, and now armed with new material they will take to the stage to deliver their soul destroying, energy packed performance.

Both bands have solidified themselves among the top tier of Brutal Death with pioneering albums that pushed the genre into unique and unexpected directions on top of foundations of crushing heaviness. With support from very special guests Wraith who are known for their discography taking on an even mix of hardcore and deathcore delivering a live performance who always fails to disappoint fans.

'Brisbane locals Resin Tomb will be opening the night.' 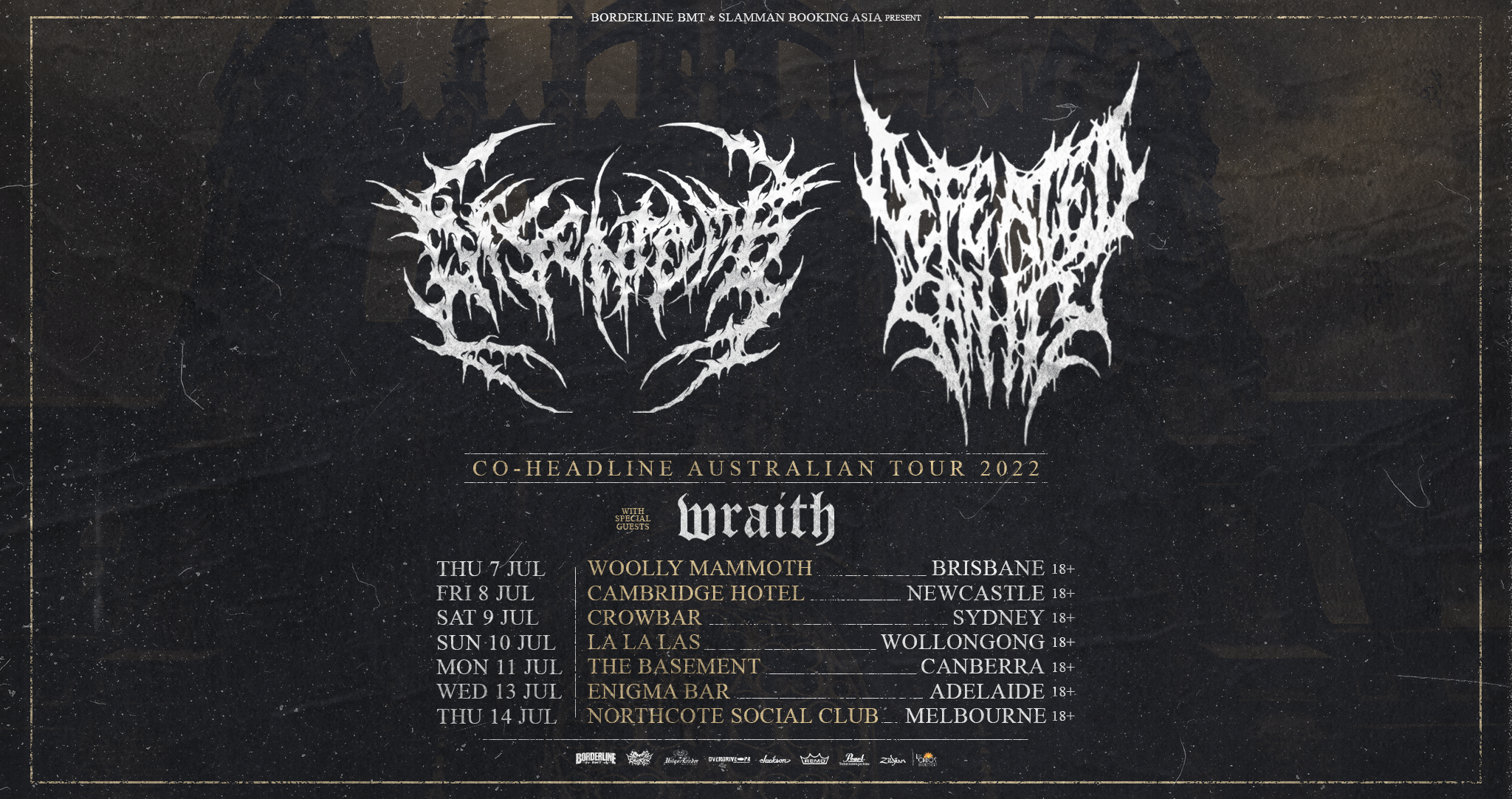