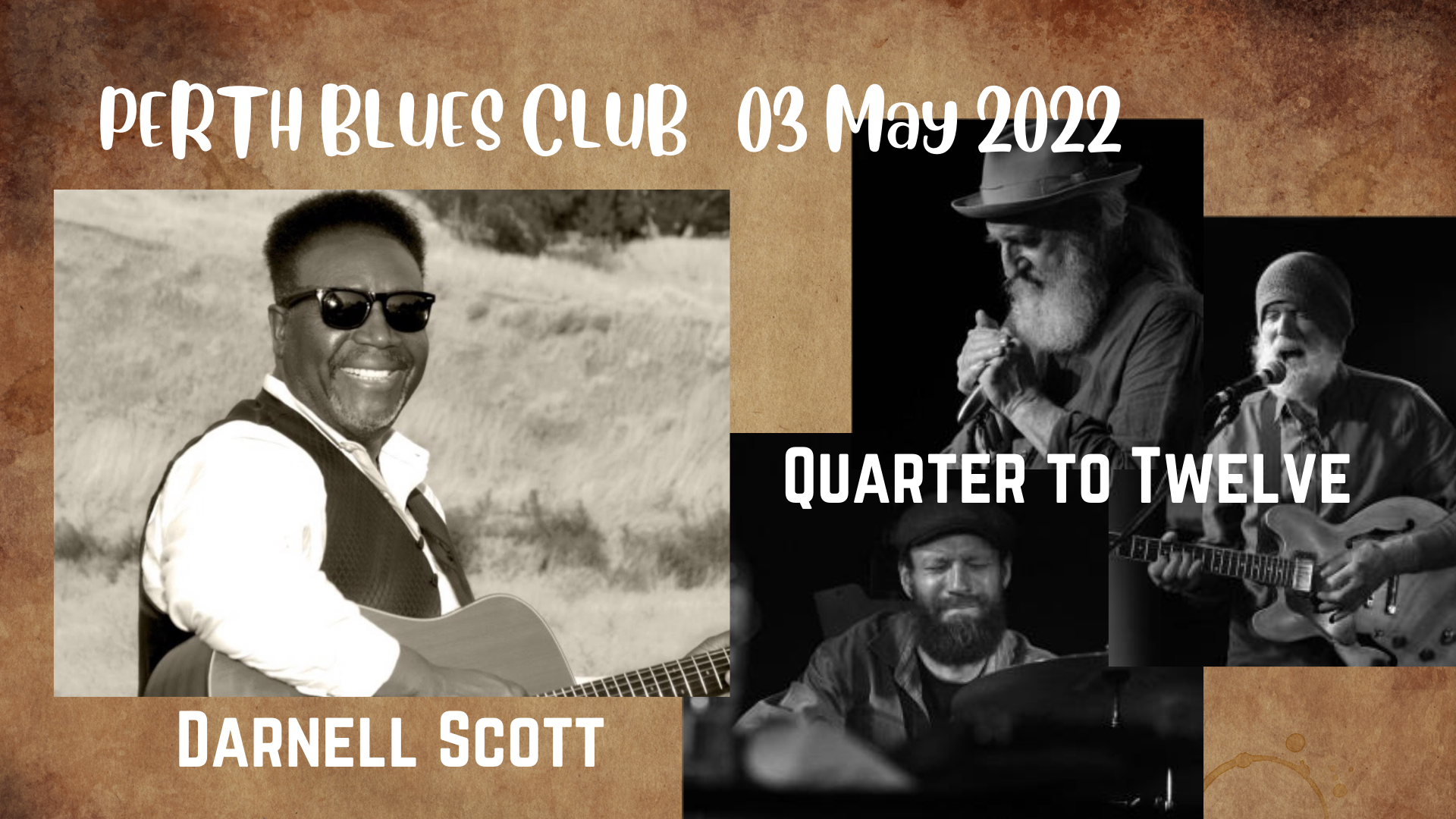 Darnell Scott is a one of a kind musician and a man who is making his mark in the world of Blues, R&B, and Soul. As a youngster, he enjoyed the music of such artists as Al Green, Curtis Mayfield and Marvin Gaye, just to name a few. Even though Scott has never had any formal training to play the guitar or sing, he is a natural and a force to be reckoned with. Rooted deep in soul, his music is exciting and fresh. You will notice it all comes together and is evident in the way the music speaks to you. His command and style is unique and captivating. He delivers a song with mesmerizing originality.

Quarter to Twelve is: Ron Smeeton: guitar/vocals, Howie Smallman: harp/vocals. Ron is a guitar specialist of many styles, and has an absolute authentic blues technique both on guitar and vocals. He has played in some legendary Perth bands from the 60s through to the present - notable being Bitch around 1974, and Tarzan’s Grip around 1977 (precursor to the Dugites).
Howie is no stranger to The Blues Club, performing with The Sneekers, Lee Sappho, The Hips, and Big Town Players; and other appearances, including Harp Attacks, over many years.
We will be covering traditional blues and will touch on a few jazz standards as well. Joining them on drums will be Ben Smeeton.