Unfortunately, due to the corona virus and the government's new crowd policy the Perth Blues Club will be closed until the end of April 2020. This includes all regular Tuesday night shows and all of the shows for the International Blues Festival. We are sorry about this situation and any inconvenience this causes. 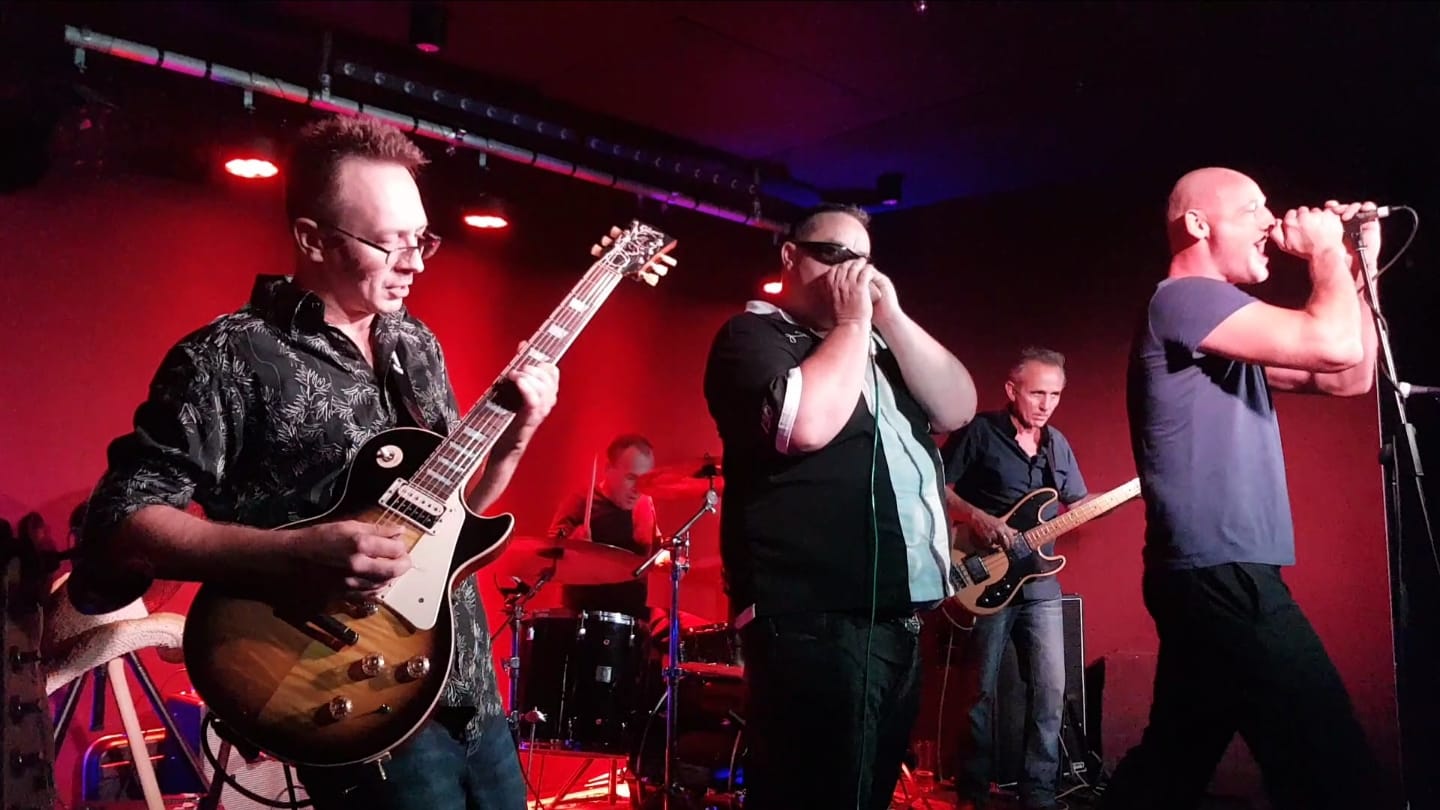 Division 45 are a Blues Rock five piece hailing from Perth Western Australia.
They are a high energy outfit, who are best described as a Texas Blues locomotive crashing into Dr Feelgoods Carney Island jetty. Playing a mix of trad blues covers and 70s Brit R&B, that are all given a very good kicking. No blues cabaret here folks, Its all power and passion that takes no prisoners and makes no apologies.
Fronted by the intimidating but talented Matt Challis, who originally hails from Dartford In the UK, Matt proudly carries on the tradition of great Brit frontmen like Lee Brilleaux and Roger Daltrey, with a pinch of Howling Wolf thrown In for good measure.
Jimmi the Russian/guitars and Brendan Sturcke/ Blues Harmonica battle off for lead and rythym duties In the wings, like two WW2 planes In a dogfight. The thundering rhythm section of Jackson Hunt (Drums) and Wayne Clark (Bass), help keep the train on the tracks and the whole thing rolling.

Derek Lee Goodreid is an Australian singer-songwriter and guitarist who moved to Oslo for love. He is known for a retro acoustic sound rooted in Americana and early rock n roll, drawing from country, blues, folk and rockabilly influences. He is inspired lyrically and musically by artists such as Johnny Cash, Ryan Adams, Townes Van Zandt, Jack White, JD Mcpherson, Jason Isbell and his dynamic vocal range can reach the heights of a Jeff Buckley falsetto to the low earthy grit of a Tom Waits baritone. Starting off fifteen years ago as a confessional to music for Australian songwriter Derek Lee Goodreid, his music over time matured into a romantic melodic folk storytelling with Americana leanings. Nowadays Derek is rocking out with a more blues and upbeat rockabilly influence and showing off his howlin' vocals. His new album God the Devil and I was mixed and mastered himself and employs musicians from all over the world including Russia, Brazil, Canada, Germany, Italy and Nigeria.

Dave and Colin met through playing double bills with their own respective bands. It didn't take long for these two to realise that they were into the same types of music - music played with feel and balls and the Tobacco Road Band was born!
First recruit was the hard hitting rhythm machine that is Rainier Best. With Rainier behind the kit all that was needed was a like-minded Bass player, that’s when Colin got cheeky and asked his Conservatorium trained Jazz Guitarist mate Danny Usaraga if he was interested in playing Bass. Luckily Danny was up for the challenge and the line-up was complete.
The Embryonic Blues Band soon morphed into something more. Drawing on all of the influences of the four, TRB soon developed its own Raw Edged, Hard Hitting sound. Come visit the Heavier Side of Blues / Rock.
TRB are Colin Reale (Lead Guitar / Vocals), Dave Gillam (Lead Vocal / Rhythm Guitar), Danny Usaraga (Bass Guitar / Vocals), Rainier Best (Drummer).