Unfortunately, due to the covid-restrictions the Perth Blues Club will remain closed on Tuesday, 28. December '21.
Online ticket holders will be fully refunded straight through Moshtix.
We are truly sorry about this and the inconvenience it is causing. 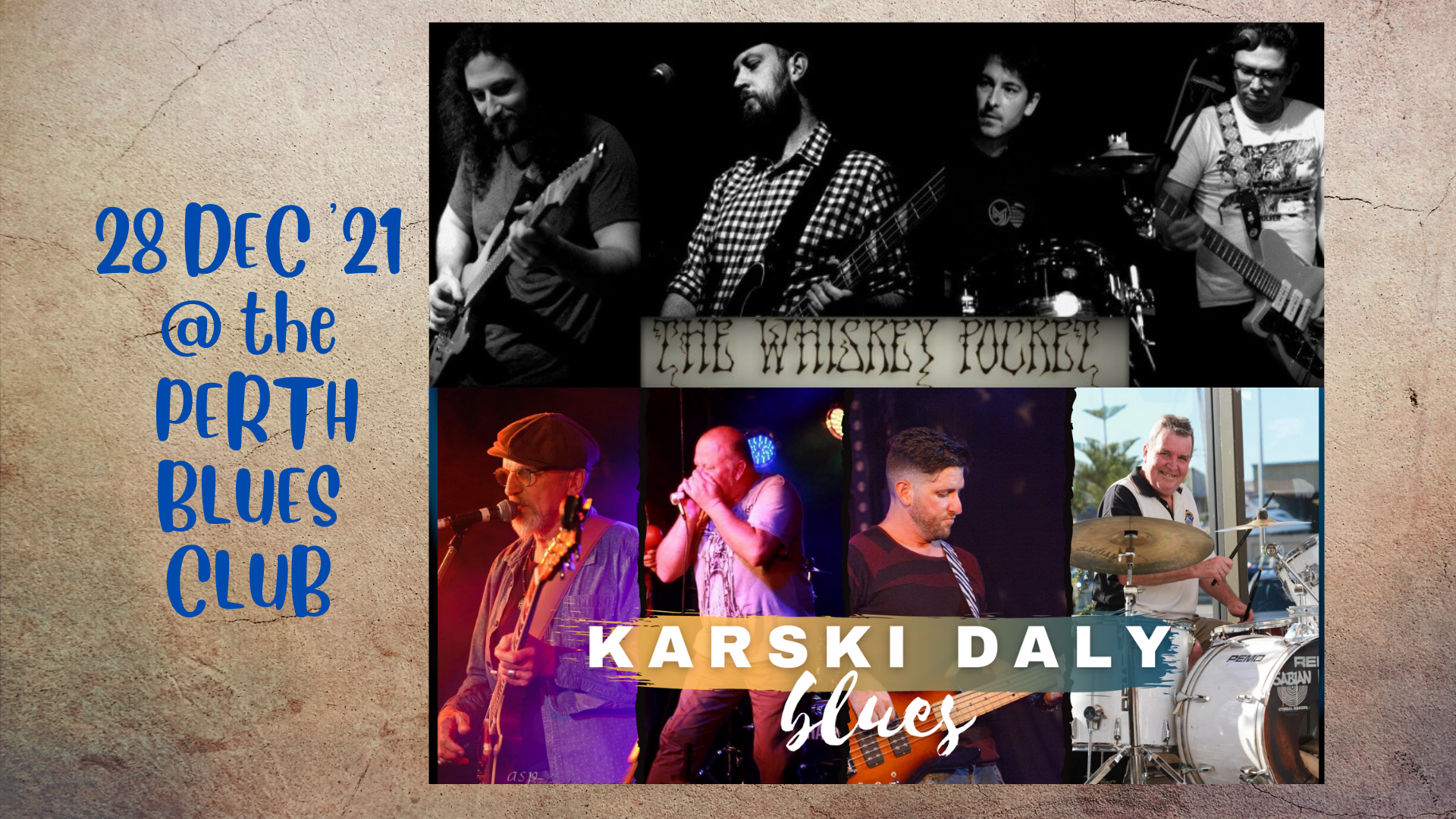 The Whiskey Pocket is a blues and rock outfit from WA who have established themselves as a cracking live act to see around Perth & Fremantle.  They have been a band for close to 10 years and boast an eclectic mix of influences including – but definitely not limited to - Hendrix, Cream, Buddy Guy, the Black Keys and Tom Waits.  Never one to shy away from a new musical challenge, lead vocalist and guitarist Darryn Foote wears his influences on his sleeve and is constantly pushing the band in new directions, successfully blending his love for old school dirty blues with a catchy, unique rock ‘n’ roll vibe.  The Whiskey Pocket has a solid rhythm section consisting of long time member of The Ram Jets Angelo Armenti on drums and the ever-faithful Derek Cumpsty locking in the groove on the big Rickenbacker bass. In 2018 the band released their self-titled debut, all original, 7 track EP and in 2019 they were incredibly fortunate to secure the talents of Troy Cumpsty on lead guitar, a man whose immense set of skills is sure to push The Whiskey Pocket to greater heights.

The 'Karski Daly Blues' is an outfit that grew out of 'the Nervous Investors' and 'the Heavy Hitters', both righteous acts on the Perth Blues scene for some years. With the passing of Roy Daniel, bassist for both bands, the time came for his former band mates to join forces and close ranks. The result is a harmonica and guitar driven quartet with a driving dance edge and dual vocals, featuring;
Paul Daly - (vocals and blues harp) with his signature vocal and harp style, engaging stage presence and honest delivery, Paul has established a loyal fan base on the WA blues scene with The Shinkickers.
Ace Follington - Lez and Ace have worked together in different bands for over 40 years since they first met as session musicians at Alberts Studios in Sydney. Bondi Cigars and Hippos, are just two of their musical collaborations. Ace's unique feel and swing drives the groove like no other.
Pat Savina - (bass) filling Roy Daniel's sonic footprint is no easy task, but Pat has managed to step in with his own inimitable style, whilst maintaining the integrity of the groove that needed preserving. His soloing is both inventive and unique.
Lez Karski - (vocals and guitar) Lez's history on the Australian Blues scene is well documented, appearing with the Foreday Riders, the Hippos, Bondi Cigars, Donkeys and the Nervous Investors. Too old to know better and too silly to stop, he's still having fun playing the Blues with his friends.
Together 'Karski Daly Blues' intend to keep up a tradition of dance-driven Blues designed to engage the heart, soul and feet of anyone within earshot.