Byron Events Farm Tyagarah, NSW
If you checkout without making all the selections you are entitled to, you will be able to return at a later time and choose your remaining options (simply log in to your Moshtix account and return to the event page).

Join us for Australia’s most awarded music festival, returning for its 33rd year from Thurs 14th – Mon 18th of April 2022.

PLUS, INTERNATIONAL ARTISTS ARE BACK! 🌍

In a surprise pre-Christmas announcement, Bluesfest announced the return of EIGHT International Artists to the Bluesfest 2022 lineup. You’ll see the likes of George Benson, Morcheeba, The Marcus King Band, The Wailers, Amadou & Mariam, The War And Treaty, Christone "Kingfish" Ingram, and Cory Henry on the Bluesfest stage in Byron Bay next Easter Long Weekend.

Head to the Bluesfest website   for the full current artist lineup, festival info and more!

It's going to be a jam-packed celebration of Aussie & Kiwi talent in ‘Blues & Roots and beyond’, held at the Byron Events Farm (formerly Tyagarah Tea Tree Farm) – just 10 minutes north of the iconic Byron Bay, NSW.

The Bluesfest site is located just and is perfectly situated and surrounded by the charming village of Mullumbimby and beach towns of Brunswick Heads and Byron. An ideal location full of the best festival vibes.

You won’t want to miss the return of Bluesfest. Every day promises to be filled with the greatest atmosphere and good vibes. 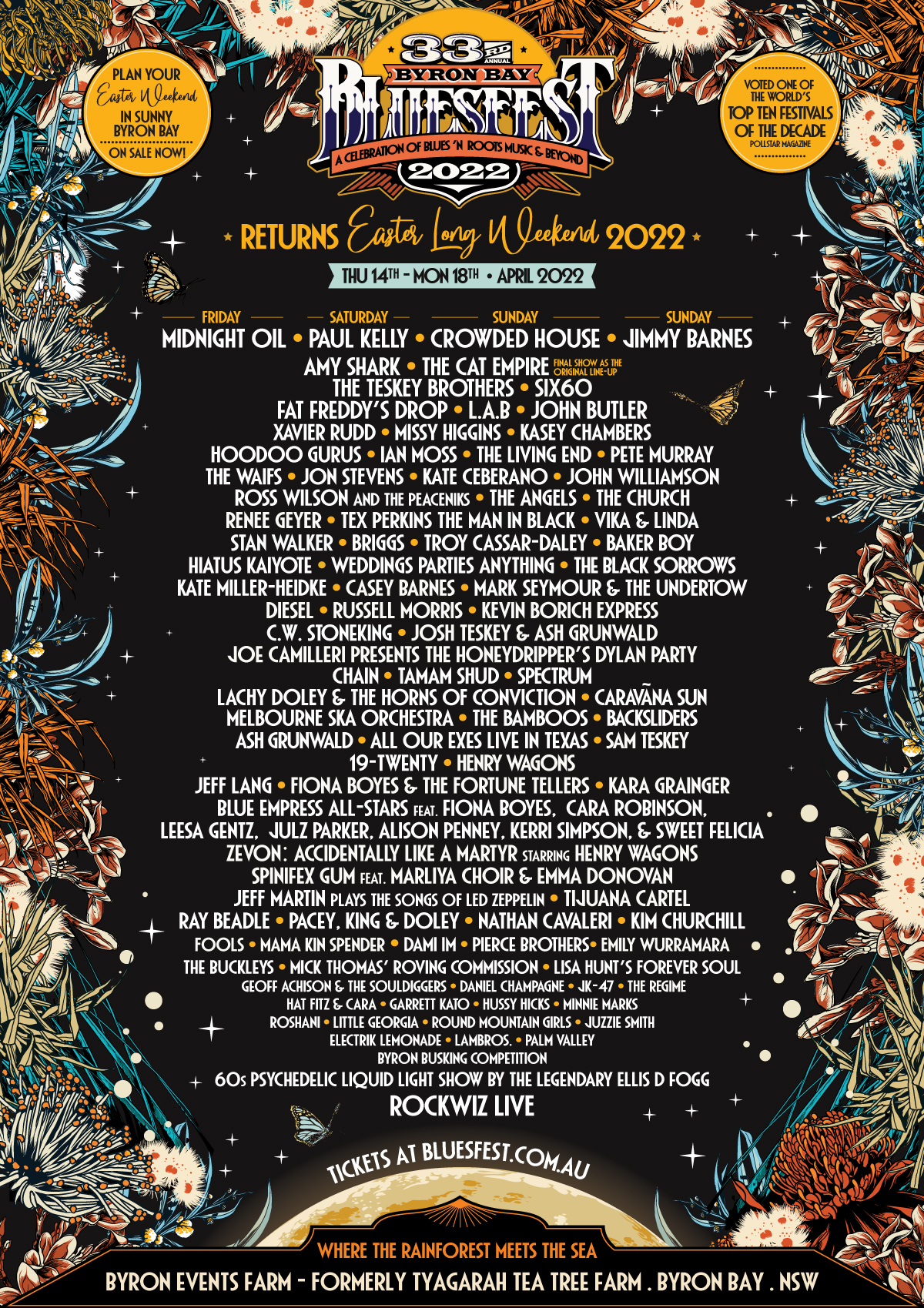 For more info on the festival, artist line-up and more head to www.bluesfest.com.au

'Sparkling SYDNEY' Festival brings together our city’s renowned and unique culinary flavours and experiences in one all-encompassing showcase. more »