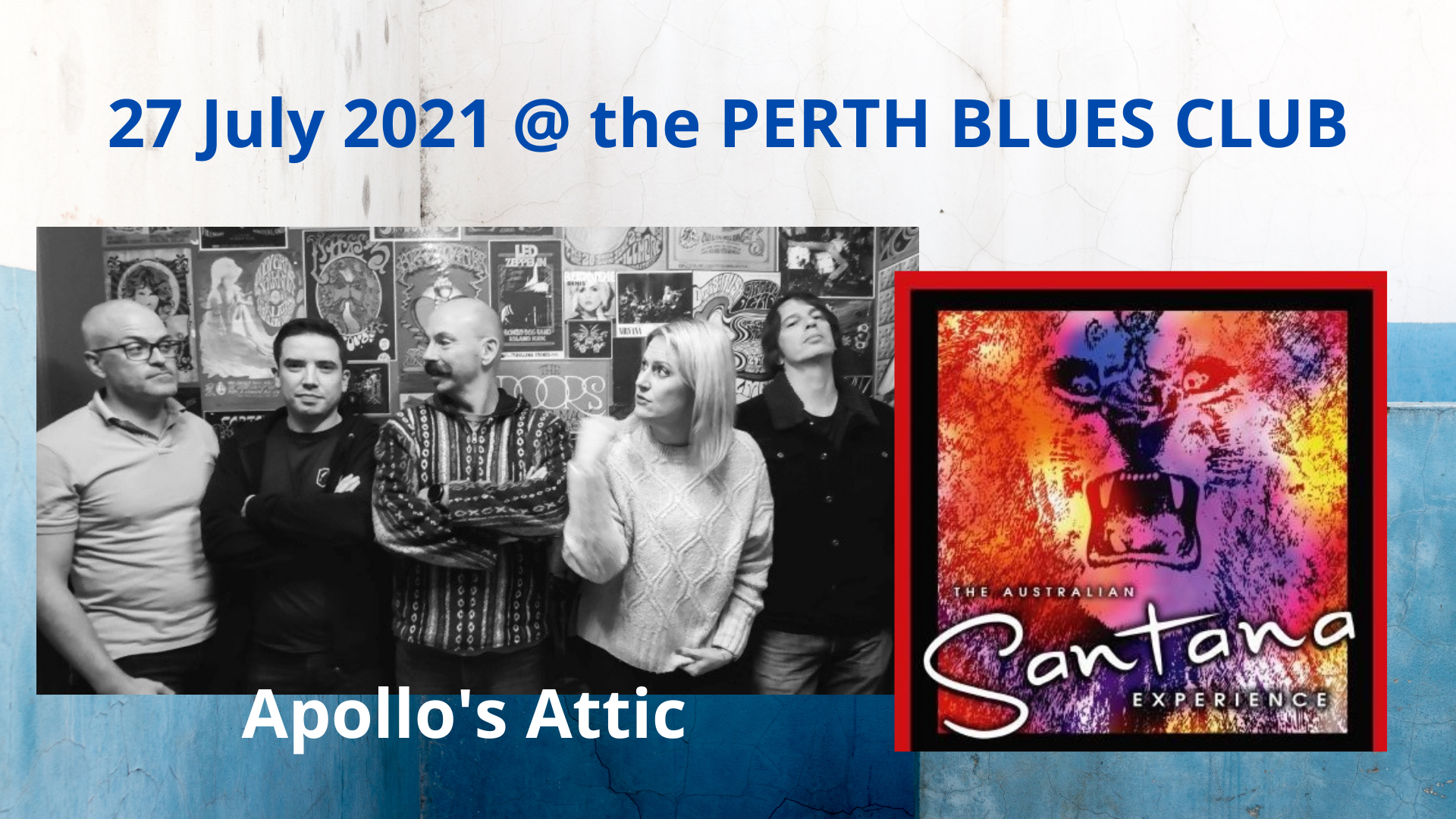 Blues infused rock n’ roll with an optimistically dark core. Apollo’s Attic bring an energetic catalogue of original songs born from a diverse and eclectic mix of influences.  Stuart Flowers (Drums) is a recent addition to the line-up and brings a fresh funk drive to the music. Thomas Grober (bass) is originally from Germany where he found musical inspiration in the local acid jazz, rhythm & blues and funk scenes.  Matt Hennessy (lead guitar) provides a raw blues sound with searing guitar lines influenced by Clapton, SRV and his fellow countryman, Rory Gallagher.  English born, Paul Wesson (vocals & guitar) adds a little darkness citing influences such as Peter Green, David Bowie and Australia’s own Nick Cave.
The glamour is delivered by, Perth born and bred, Christine Tunnercliffe (Saxophone).  Chris is classically trained and has been playing sax since the age of 10. This collaboration with Apollo’s Attic is a considerable move away from her Big Band and Concert Band history.
Apollo’s Attic has just finished a recording session spanning several weeks and is ready to bring their new material to audiences near and far.

The Australian Santana Experience was formed in September 2006 by Sam Musca and Ezio Caffarelli and since then has gained a reputation as one of the best and most exciting acts to come from Perth.
This Six Piece band pays faithful homage to the music of Carlos Santana, every show being packed with faithful and passionate renditions of Carlos Santana’s hits and worldwide favourites. This band has all the energy and fire that you would come to expect from going to one of Santana’s concerts. As one reviewer said “If you close your eyes, you actually believe that you are at one of Santana’s concerts.
Endorsement was bestowed upon the Australian Santana Experience when they met with Santana in 2008. The Santana band were delighted that this band is helping to carry the beauty and legacy of this music to all reaches of Australasia.
Be prepared to be moved physically and spiritually by this first class world music, that is,”Santana”.
Sam Musca, Guitar & vocals. Ezio Caffarelli, Keyboards. Frank Genovesi, vocals & guitar. Jim Arwan, Bass. George Perkins, Drums. Jesse Vivante, congas & percussion.