A vibrant slice of street gospel, classic rap drums, and his stirring trademark vocal delivery, ‘A.O.K’ is an inspiring modern-day anthem reflective of changes in Adrian’s outlook on life after conquering his own demons through the power of music, dignity and mindfulness.

Adrian says;“This song is purposed around being kind to self and others. Acts of Kindness. A.O.K. This is a song I wanted to leave for the next generation of kids in my life”

“I needed a reminder to be more kind to myself. My Mum was kind to me, others were kind to me and without those people’s kindness I wouldn’t have the opportunity to live as I do. ‘We’re gonna be A.O.K’ is intended to be a true reminder that mindset helped me overcome”

An outlier in today’s modern music industry, Adrian is finding success in being himself, and embracing his honesty and vulnerability. With ‘A.O.K’Adrian once again proves that he is a growing voice of change and hope for youth struggling with difficult circumstances and mental issues. 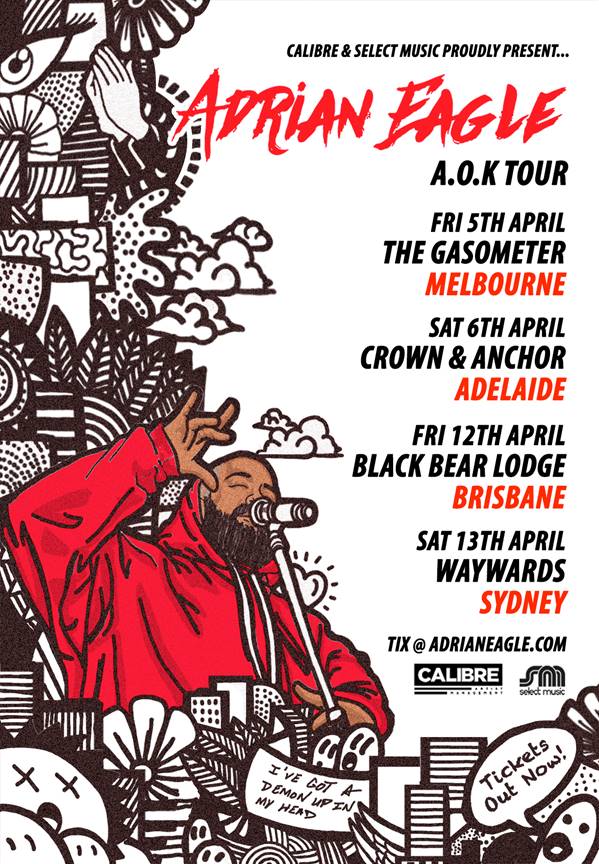