The PERTH BLUES CLUB is celebrating its 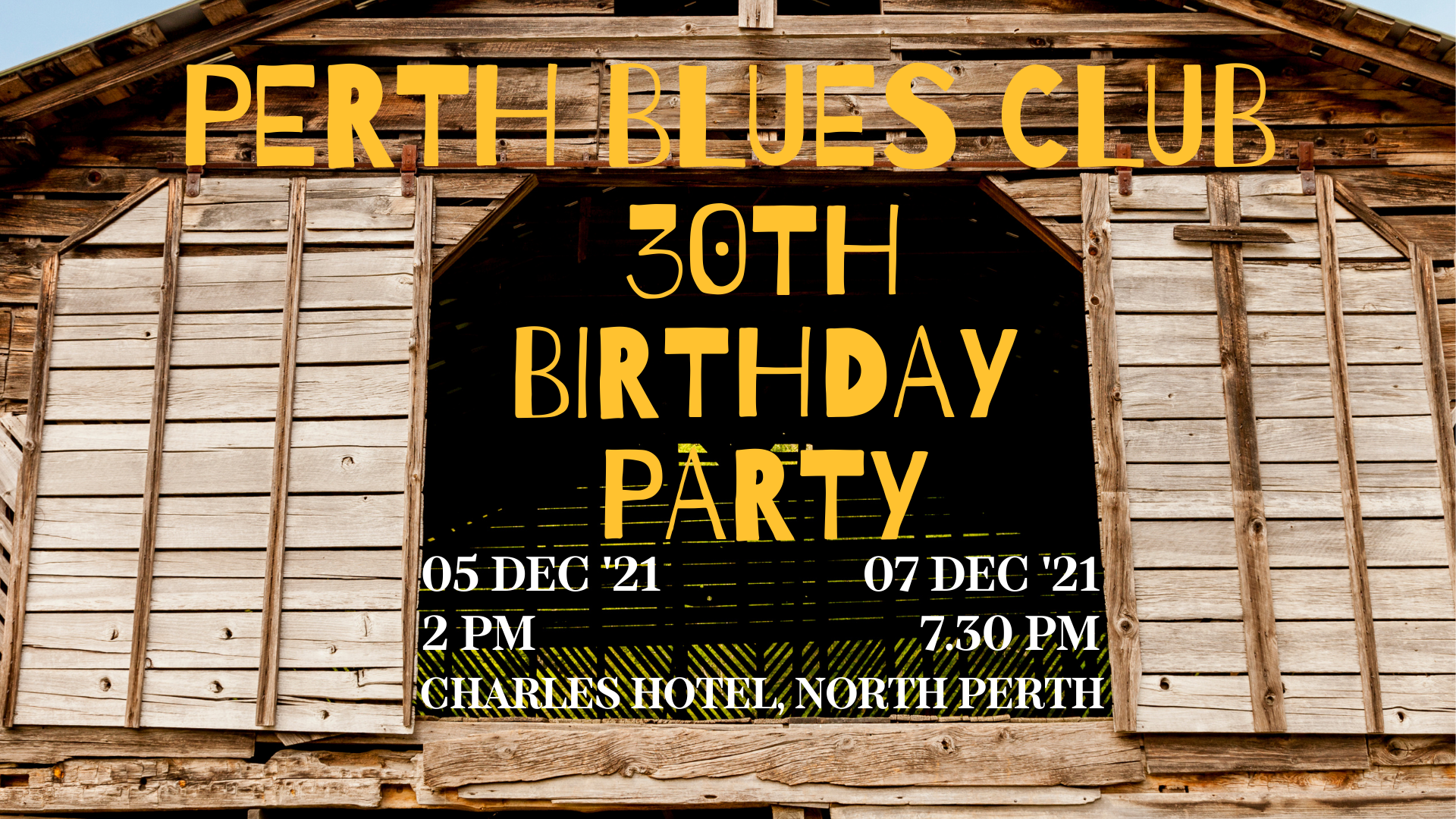 Back in about 1982, one of the first of what we now call ‘Open Mic‘ nights was created. It was called ‘Garage Band night’ and was presented by Rick Steele. After name changes, location changes and many performances, the Perth Blues Club was born in 1991 and became an Incorporated, not-for-profit organisation on 09. December 1992. It was and still is run entirely by volunteers.
Over the 30 years of operation, Tuesday evenings, many memorable nights have been witnessed and performed. The PERTH BLUES CLUB gained its reputation, nationally and internationally, as the best run and most enjoyable blues club in the nation.

To mark this notable and auspicious occasion we will be celebrating big!

After the celebrations kick off in the beer garden of the Charles Hotel on 05 Dec '21 we will continue Tuesday night.

The evening begins with a host of musicians who have played and supported the PERTH BLUES CLUB over the last 30 years, such as Join Darren Adair, Gavin Walker, John Chopping, Paul Marvin, Rick Steele, Richie Pavledis and John Talati.

Mo' Candy with Trevor Jalla are cooking up a swingin’ mix of Texas shuffles, New Orleans funk, 60’s soul-jazz and gritty Chicago boogie.
The engine behind the band is the inimitable Hammond organ of Bob Patient. A blues icon in his own right, Patient is one of Australia ’s finest players and regularly performs with international acts including Eugene “Hideaway” Bridges and Dave Hole. His fat bass lines and thick chord-melody approach set up the foundation for the trio’s unique sound.
Drummer extraordinaire Joe Valentine is equally at home in the blues, jump, funk, soul-jazz and hard bop idioms. He adds a groove that draws deep from the rich history of African-American music, yet continues to push the band’s musical boundaries with a contemporary sound and approach.
Special guest and honourary 4th member of the band is Fremantle's own Bill Rogers (Zydecats) on honking tenor saxophone - bringing all the class, swagger and energy that always makes for a most memorable night. Be sure to catch Mo' Candy for a mo' better time!